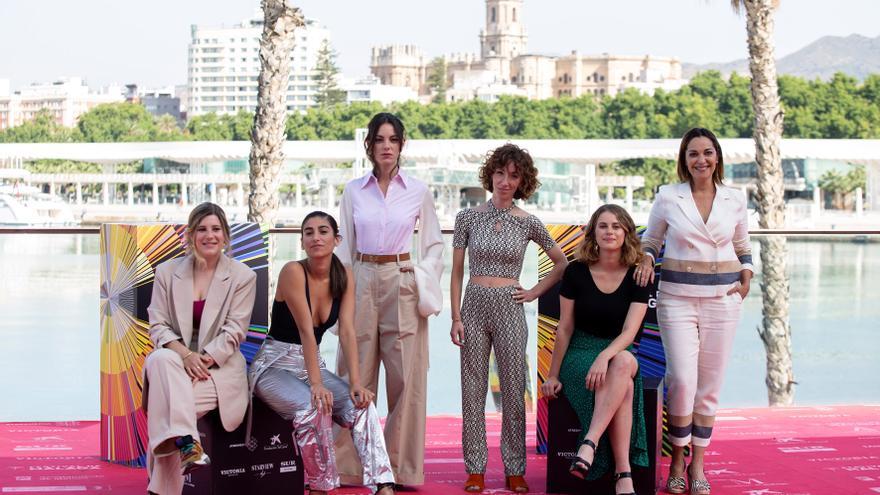 Malaga, Jun 10 (EFE) .- Carol Rodríguez Colás has returned to the neighborhood of her childhood in Cornellá to direct her first feature film, "Chavalas", a decidedly feminine story in which its protagonist undertakes the same return to accept her origins.

And the fact is that, with a script written by her sister Marina Rodríguez Colás, the film is "plagued" with elements of their lives, the director explained at a press conference this Thursday, who presented her "first film" at the official section of the twenty-fourth Malaga Spanish Film Festival.

"We wanted the four protagonists to have a very different relationship with the neighborhood", from those who accept that their life is there, to those who want to go out to find their future.

From her personal experience, Rodríguez Colás points out that "neighborhood women" like them went to university, they realized "that the neighborhood was stigmatized" and working women collided "with a glass ceiling."

"The protagonist puts on a mask because she believes that this way she will be able to succeed and achieve her goal, but when she returns to the neighborhood she has to unmask herself and her imposture must fall", says the director.

That protagonist who returns to the neighborhood is played by Vicky Luengo, and her friends continue in those streets of her childhood, played by Carolina Yuste, Elisabet Casanovas and Ángela Cervantes.

For Vicky Luengo, the most difficult aspect of her character was that of "the first part of the film, when she does not accept herself, denies and is ashamed of her origin."

The actress spoke with the director to build a protagonist who at that start of the film "was unpleasant, but the viewer would travel with her at the same time."

"We are from a generation who have been told that we can do whatever we want, but you realize that you are not touched by a magic wand and you have no guarantees of achieving anything. Dealing with that failure was a very interesting script topic ", has highlighted Luengo.

For her part, Carolina Yuste considers that her character serves "to also vindicate the one who stays in the neighborhood, because it always seems that the brave one is the one who leaves."

Elisabet Casanovas emphasizes that the film is "raised from humanity and the warmth of the people who live there and the relationships that exist", since the director "was clear that she wanted to flee from the exotic to tell the neighborhood."