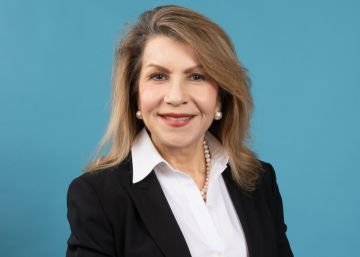 The World Bank Chief Economist, Carmen reinhart, has estimated this Thursday that, although the global economy will rebound relatively quickly of the chasms that the covid-19 pandemic has submerged, the full recovery of per capita income “will be difficult to see before five years.” It is one of the conclusions reached in a conversation with EL PAÍS journalist Montserrat Domínguez, recorded especially for the third edition of the Trends Forum, held since 2018 and organized by EL PAÍS and the communication consultancy KREAB, and sponsored by Telefónica and Abertis.

Reinhart has not dared to predict exactly what the evolution of the global economy will be, recalling that “the level of uncertainty in this situation is much higher.” “After the 2008-2009 crisis, I more or less knew what to expect,” he pointed out. But this is a very different situation. The 2008 crisis was not globalIt was a crisis in eleven advanced economies, including Spain ”, he explained. “No one has escaped from this.” For the chief economist of the World Bank, everything depends enormously on how fast the vaccine is, how fast access can be made global, if there are outbreaks and how they will be. “In the United States there is a lot of uncertainty about how harsh the winter is going to be, especially in the northern states,” she said.

During the conversation, Reinhart has pointed out several of the new dimensions that make this crisis something different. “The element of uncertainty about international trade, about travel, is new,” he explained. “In 2008 and 2009 the emerging countries rebounded and recovered and much of that role had to do with the Chinese locomotive, which was growing more than 10% at the time and that was a huge source of support for emerging countries, especially Latin America” . And he has listed: “Now, the producers of raw materials are impacted by the lack of demand; those who depend on tourism are having a worse time; the World Bank estimates that remittances will fall by about 20%, so countries like the Philippines, Pakistan, all of Central America, are suffering. And, by changing the pattern of international trade, countries that depend more on industrial exports are also being impacted.

The consequence is that, for the first time in 20 years, global poverty is going to increase “by more than 100 million people, and that making a conservative calculation”. “What makes this crisis even more perverse, and on this I have been putting a lot of emphasis, is its regressive effect, which widens inequality between countries and within countries. It hits the poorest the hardest, and when you make an international comparison, you see that it hits the poorest countries hard. ”For Reinhart, this has accelerated the path that several countries had taken to a debt crisis.

The World Bank’s chief economist has insisted on the financial consequences and potential solutions. “This crisis did not start as a financial crisis. But given the depth of this decline that we are experiencing, it is turning into a financial crisis. For very obvious reasons: many households have lost a job that they will not get back, they have difficulties in paying their debts, many businesses have closed their doors and will not reopen them, the shopping centers are paralyzed and half empty ”.

“Central banks have tried to provide liquidity to avoid affecting more households. But as much as central banks give support, there are businesses that will not return, there are closed restaurants or stores that will not reopen, there are homes that will take a long time to find employment, there are airlines or hotels that will not survive a long period without normal mobility. There are going to be a lot of bankruptcies: if you look at the credit rating agencies, S&P, Moody’s, Fitch, the amount of reduction in credit quality that has been seen since the beginning of the year, both at the corporate and sovereign level, has been a record. And central banks are not all-powerful either: no matter how much credit support is given, at some point you have to face the deterioration in the financial system, and that is not a criticism: it is inevitable because of the deep fall in the economy. Under these conditions, we have to think about cuts that allow new credits for recovery ”.

The 2021 Trends Forum is being held at the Fundación Telefónica de Madrid and can be followed live through the EL PAÍS website.