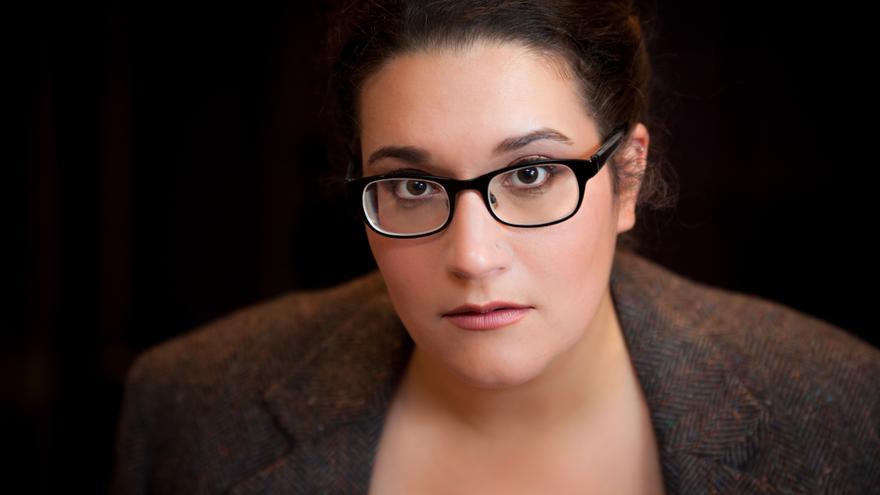 If, as George Steiner says, “what is not named does not exist”, violence does not take place within communities queer Or, at best, it is an isolated case. But Carmen María Machado (USA, 1986) proved in the worst way that this is not the case and decided to contribute to increasing the documentation on the subject with a book in which she recounted her experience as a victim of abuse by her girlfriend. The Anagrama publishing house now publishes it in Spain translated by Laura Salas Rodríguez with the title In the house of dreams.

Readers will not find ordinary memories, since they are fragmented into short chapters that correspond to different literary genres: from the soap opera to the popular tale through the romantic novel and even the ‘choose your own adventure’ format. Entering it is precisely that, a terrible adventure of jumps in time that takes place in the framework of a house, that of dreams. As the author explains at a certain point in her pages: “The house is not essential for abuse, but what the hell, it helps: a private space in which private problems take place, as the cliché says, behind closed doors”.

Machado met the woman who would end up being his partner at a dinner with mutual friends. Blonde, with a perfect smile, blue eyes, pale, short, high class. He had studied at Harvard and was fluent in French. In addition, “he had a weakness for brunettes with glasses and stripes on the fat,” he writes. At first he did not believe how lucky he had been: “Not even God could have planned it better.” The beginnings were so happy that the protagonist was slow to identify what was happening to her, why the tears were more and more frequent and the pang of anguish in the chest almost a constant.

His girlfriend – whose name he does not give – stopped being charming to become a controlling woman, extremely jealous, violent even at physical levels, manipulative and emotional blackmailer. One of the practices that he dominated was that of ‘gas light’, that is, the tactic by which a person ends up gradually convincing his partner that he has lost his mind. “All forms of abuse are very scary, but it is very difficult to end it because it is invisible. At the end of the day, what that person does is not illegal,” explains Carmen María Machado to elDiario.es by videoconference.

The relationship broke up in 2012 and the writer began working on the text about three years later. “At some point between 2015 and 2016, I started to ponder the idea of ​​organizing the book into these little chapters and experimenting with genres. I was writing it in pieces and a couple of years later I had a very solid draft, which I then went back to. review thoroughly until the book is finally published, “he says.

Shaping it and putting its story on paper was not exactly a party. He comments: “The writing process was very hard, very emotional, very difficult, and I probably wouldn’t do it again if I had the chance.” The weight of the work of giving the final form to the writing, of organizing the chapters to give continuity – albeit with time jumps – to the narrative fell, to a large extent, on its editor. “I had read all the chapters many times and they were still very messy. He insisted on thinking about that topic to get a correct structure. And in the end I told him, please, help me because I couldn’t take it anymore,” he declares.

“My friends were very present for me at all times. But there is not much you can do when the person does not see what is happening to him, as in my case,” he responds to the question of what his close ones could have done. to help her get out before that situation. “Many of them helped me compose myself when it was all over.” Before that happened, some were detecting signs – their roommates, colleagues from the university – when witnessing uncomfortable scenes or noticing changes in their behavior, but she avoided the questions or made up the events.

One of the first violent episodes took place at her parents’ home, when he squeezed her arm so hard while scolding her in the ear that he made her a bruise. “Before, when you took my arm … you scared me. You touched me and it was neither with concern nor with love. You touched me with anger (…) His expression is impassive half a second before he begins. to shake his chin. “I’m sorry,” he says. “It was accidentally. You know I love you, right?” Machado writes. Aggression followed by indifference or the excuse of forgetfulness became a continuous dynamic.

For much of their time together, Machado drove hundreds of miles a week to visit his girlfriend, who was living in another city, Bloomington. Those encounters were revealing the dangerous side of the person with whom she was in love, until the climax came the night that she had to lock herself in the bathroom during a fight that emerged practically out of nowhere.

Her partner broke up with her for the first time claiming that she was in love with someone else. He felt sadness but also relief and little by little he managed to cut the ties, although it took time until he fully succeeded, because she appeared on his phone intermittently. How could it be otherwise, the experience left sequels to him.

For example, it was hard for her to trust someone else again. “I don’t know how I did it, it was very complicated and I think it helped that the person I started dating after ending this relationship understood perfectly what I had been going through. That made it much easier,” he says.

In addition to expanding the information on violence beyond heterosexual couples, the book aimed to “get rid of this topic and be able to write other things.” He is currently working on a new work, this time fiction. “I don’t want any more non-fiction. Now I’m writing a book of short stories located in different historical periods,” he says. Go back to the stories as in its previous title, Your body and other parties (Anagrama, 2018. Translation by Laura Salas) with which he was a finalist for the National Book Award and the International Dylan Thomas Prize. Without a doubt, a much more pleasant environment than that ‘house of dreams’ from which he managed to leave.