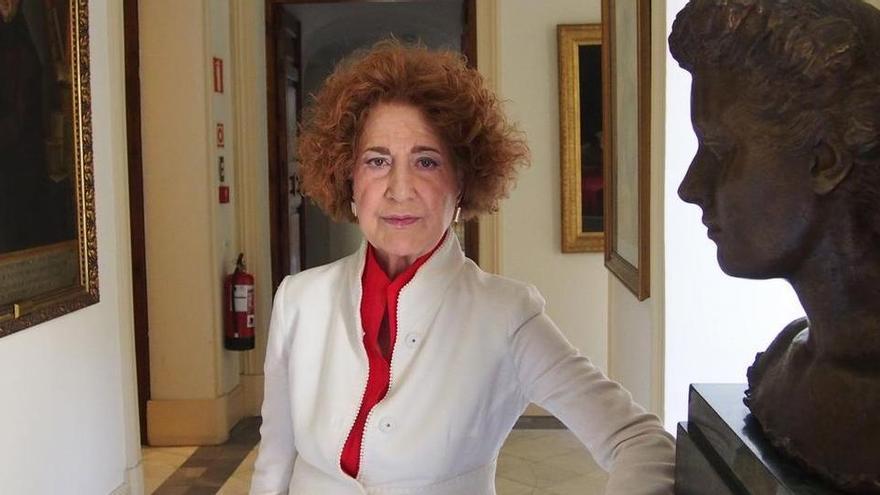 "The stage that the Princess faces is excitingIt is a time when she is in full adolescence and at the same time begins a life in which she has to make decisions alone. It is very good that I do this International Baccalaureate, which is distinctive of all our current culture, in which it is normal for students to take a course outside their country ", tells 'La Nueva España' the Countess of Gisbert, specialist in the 18th century, that of the Enlightenment.

When the heir to the Crown returns from Wales, she will be a young woman about to begin her university training. Carmen Iglesias considers that it will be very enriching for her to live in the educational environment of Colegios del Mundo, "It is a model similar to that followed by Don Felipe in Canada; the students are given a margin of freedom and are taught the value of social work and the importance of assuming the duties they have towards others", explains Carmen Iglesias, defender of a freedom that ends where that of the other begins. "If everything were possible, nothing would be possible; in today's world, in terms of rights, obligations have been forgotten and it is necessary to have rules, and to have the intelligence to know what depends on us and what does not" , says the professor, also a regular member of the jury for the "Princess of Asturias" awards.

Carmen Iglesias, always discreet when it comes to talking about issues that concern her close relationship with the Royal Family and especially with King Felipe VI, is convinced that so far Leonor has received an excellent education at home and at the academic field. "The Princess is a worthy heir to the intellectual curiosity of her parents; having a good childhood is an important baggage to face the good and the bad of life"he points out. "The Wales school is a bit of a continuity of the above in Los Rosales, although in a more complex stage", indicates Carmen Iglesias. The teacher highlights the importance Don Felipe gives to living immersed in reality and knowing what is happening around him: "I think his daughter is following the same path." "The game between chance, necessity and freedom is forging your character and, in that sense, Princess Eleanor is going to find in Wales an ideal breeding ground; the choice of the school is perfect", considers Iglesias, who highlights the important aspect social center of the educational center, the first of those that make up the UWC network, founded by Kurt Hahn in 1962.

"It is very important for Spain to have a head of state capable of deepening the knowledge of things; we have it, and in the future I think that too, "says the King's great teacher.

Infanta Sofía, in the footsteps of her sister when the time comes

When Don Felipe, then Prince of Asturias, returned from his master's degree in International Relations at Georgetown University, he told Carmen Iglesias: "Well now we continue with the classes". The King felt the need to continue training and receiving the teachings of the teacher, who ensures that he taught him like the rest of his students.

"Don Felipe is like a sponge, he absorbs knowledge with great ease and he loves to learn," says Iglesias. "In the King there is a fundamental desire to know to understand the world and he knows that History is essential in this", Add.

Carmen Iglesias considers that when the time comes Infanta Sofía will surely follow in the footsteps of her sister Leonor and will also study outside of Spain. The youngest daughter of the Kings will also face a year of changes, since she will not have by her side, on a daily basis, her inseparable sister, with whom she has shared everything so far. In return, Eleanor will tell Sofia about her experiences at St. Donat Castle, the 12th century house where the school is located, in the idyllic Vale of Glamorgan.

There he will make his bed every day and tidy his room. A comprehensive training that is part of the UWC philosophy, which captured Carmen Iglesias when she met her.