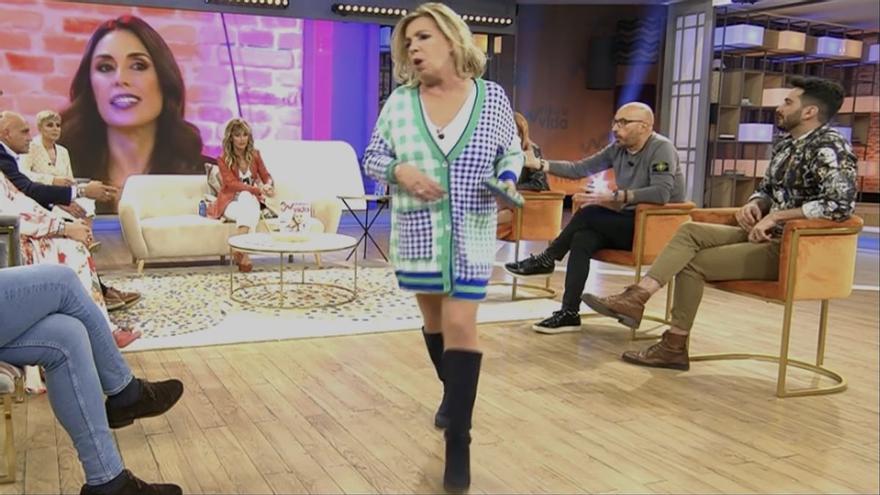 Tired of being the target of much criticism and the center of attacks for some of her colleagues from ‘Live life‘, Carmen Borrego left the set this Sunday after the accusation of Diego Arrabal and Kiko Matamoros of being the mole who leaked the controversial fight with his niece, Alejandra Rubio to a well-known magazine in our country.

In the spotlight in recent weeks due to the bad relationship with his sister’s daughter Terelu CamposCarmen was blunt before leaving her teammates standing: “Out of dignity, I can’t take it anymore, the two always play with the same thing. Today they are behaving like two bad people. I don’t have to come to a television show and put up with this, I come to work like them and it’s always the same. I’m really sorry for the show. ”

Explaining once again how things happened after the publication of the news of the discussion in which they assured that aunt and niece had come to blows, Carmen sentences: “I am the one who calls the magazine when I see the publication, I call two Sometimes in the morning and they don’t catch it, in the afternoon they call me and I tell them that they haven’t called me to confirm the news. In a moment of nerves we can say many things, but we are not gang members, there is no such fight, we have not come to blows. ”

Sandra Pica, ready to break up with Tom in ‘Survivors’: “I’ve gone back to being the same one”

Javier Castillo answers the question of money in ‘La Resistencia’: “All tribute in Spain”

The second part of ‘Lupine’ arrives on Netflix on June 11