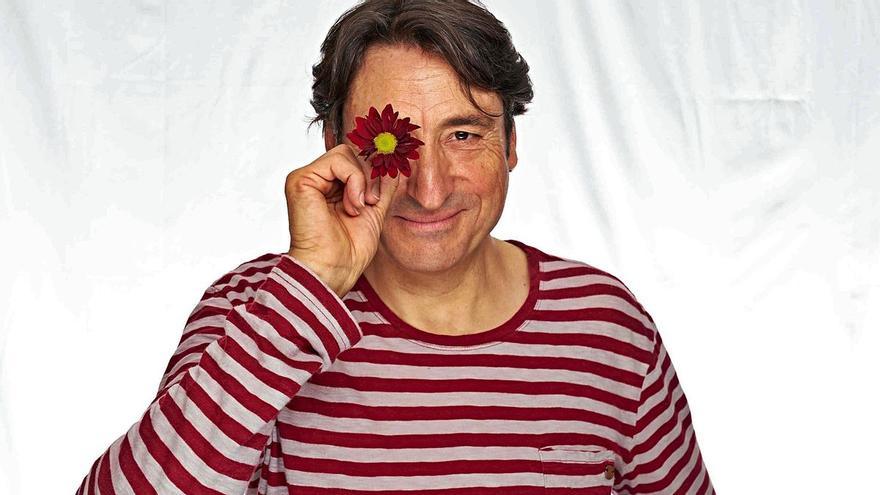 The respected Castilian interpreter returns this Saturday to the Romea Theater in Murcia to present his latest ‘theatrical’ project, A vueltas con Lorca, an almost performative show in which he recites verses by the Granada-born poet accompanied live by the music of the Ukrainian pianist Mikhail Studyonov.

Poetry and music go hand in hand this Saturday at the Theater Romea from Murcia. And they do it hand in hand with the Ukrainian pianist Mikhail Studyonov and the Castilian-Leonese interpreter Carmelo Gomez, who returns to Murcia with the show A vueltas con Lorca, a work in which the actor recites and interprets the verses of the Granada-born poet accompanied by the melodies of his partner (arrangements on compilations by Lorca and Turina). Directed by Emi Ekai, this show aims to bring the public closer to “the personal of the Granada poet, that way of understanding the verses from freedom, sleepwalking, symbolism and the pure abstraction of surrealism; the absence of emotional or didactic lyricism, the assumption of tragedy without melodrama “. “We are going from love, computer demiurge – point out those responsible -, going through that sensual world of the vivid, hedonistic, passionate, erotic and pansexual man that it was Lorca, to arrive at the tragedy, to a forest where the characters go on horseback, becoming implacable of superior force, magical and sacrificial forest. And arrive at death, at the death of Lorca himself, to the wasteland where the poet was murdered on August 18, 1936 by some brains. “We spoke with Carmelo Gómez himself to get to know the project a little better.

-What will the spectator who attends the Romea Theater in Murcia this Saturday find?

-Well, we always go to the theater to be moved and I think this play succeeds. That is the first of all. And more in the current situation of unrest and social fragility in which we will have to redo and rethink. For this reason, I think that going to the theater and finding that some poems put us in contact with the essential and the priority of life is very good. That said, the viewer will find some poems by Lorca and the experience of an actor around them, and also around his life. That is why every day the show is something different. A kind of performatism is created. In the background, we generate an evocative installation of different moments in Lorca that are universal.

-Was it clear from the beginning that you wanted music to be present?

-Yes, because in this way we generate a dance, a dance of love and death, which are the two great themes in Lorca. In fact, I try to dance, but I am a log. Although anything goes in this show, also not knowing how to dance. At times I try to explain the spiritual and moral antecedents of some poems, what Lorca was shocked and prompted to write. In this way, people can access a poet that perhaps they did not understand. The show has also grown and is now much bigger than at the beginning. People who saw it for the first time would be very surprised …

-Lorca is one of the most musical poets because his verses have a great rhythm. How did they deal with this?

– I have always been very against putting the verse, the spoken voice, in a musical structure, where the times are marked. If you play that at the end you don’t understand what you’re saying. The actor does not have such a firm and closed score, he is subordinate to signifying. With which, music helps the viewer to have a company during the journey of the poem, but at no time do I play at their tempo, because if not, the audience can get lost and stop paying attention to the text. It is almost always music from the popular songs that Lorca compiled.

-Lorca’s last stage is not in the work. Why?

– Indeed, we did not want to include neither the sonnets nor Poet in New York because it is more complex and not so theatrical. Our show is very theatrical, I play characters. We were especially interested in mixing prose and verse, the poet with the playwright.

-Is your passion for theater so intense that you are no longer interested in cinema?

-This topic is full of contradictions in my life. What I have discovered in these six years without putting myself in front of a camera is that the cinema is also my home. Although I am in a bad situation, it is still my place. I felt that I made a decision that had more to do with what was happening to the market with me than what happened to me with the cinema. For this reason, a few months ago Imanol Uribe called me to offer me a small but charming role and I accepted. The film is called The Look of Lucia and addresses the massacre of the Spanish Jesuits in El Salvador in 1989.

-Has this experience made you change your look? Will you go back to the movies?

-Two years ago I was so angry that I would have said no, but this has made me rethink things and let me think again that the cinema is also my home. So if any odd jobs come out maybe I will. Of course, without getting back into the market and in all that game of whether or not they call me. What I want is to do something that I like a lot and meanwhile continue with the theater, which fills me and I am deeply passionate about it.

-How is all this about the pandemic?

-During the confinement I took the opportunity to read a lot and do all those pending things. If it weren’t for the bad news and the ambulances in the streets, it reminded me a lot of the spiritual retreats we did with priests. You ask yourself things that you don’t even think about in a hurry, although the confinement nobody likes. And now, the truth is that the theater is one of the few that is maintained, thanks also to the support of the administrations and how well the sector is doing so that all the rules are complied with to the letter.