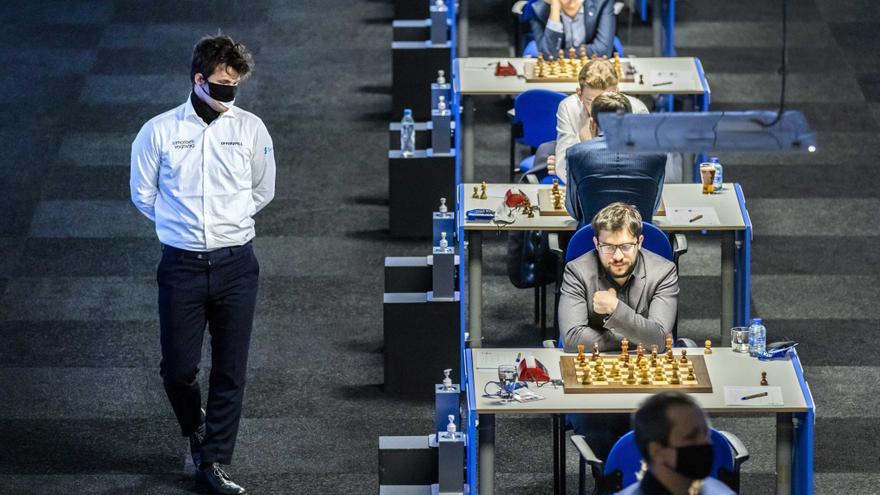 Madrid, Jan 16 (EFE) .- The Norwegian Magnus Carlsen, world chess champion, recovered his best version this Saturday to defeat the Iranian Alireza Firouzja in the first round of the Tata Steel tournament of Wijk Aan Zee (Holland), which returns the masterful chess to real boards.

Chess face to face with the opponent has been good for the world champion, who in recent online tournaments, of quick games and lightning, had shown an appreciable low form.

Commanding the white pieces, Carlsen built a great attacking game in which he did not mind handing over two pawns and then sacrificing quality (rook for minor piece) to create a spectacular auction that inevitably led to mate.

The Norwegian’s active white pieces gained their full firepower against the white king and, under heavy clock pressure, 17-year-old Firouzja made the mistake (35 … Bf7) that precipitated his undoing. On move 40 the young Iranian had to give up because three moves later he received mate.

Carlsen shares the first lead with the Dutch Anish Giri, who beat Norwegian Aryan Tari with white, and with the Swede Nils Grandelius, who beat German Alexander Donchenko with white.

Caruana, defender of the title, litigated for 56 moves, in a final with an extra pawn, before resigning himself to the draw with local Van Foreest and on the second day he will face Donchenko with black.

Antón, debutant in the elite tournament thanks to his victory last year in the second category, suffered with black but finally reached a draw with Wojtaszek and this Sunday he will face the world champion, on the second day.

Carlsen is the player who has won the Wijk Aan Zee tournament the most times – seven – in its 83-year history, ahead of Indian Viswanathan Anand, who has five victories. EFE

Unlike the quick games of chess “online”, in Tata Steel each player has 100 minutes for the first 40 moves, another 50 for the next 20 and 15 more minutes for the rest of the game. Also, with an increase of 30 seconds per move from the first.