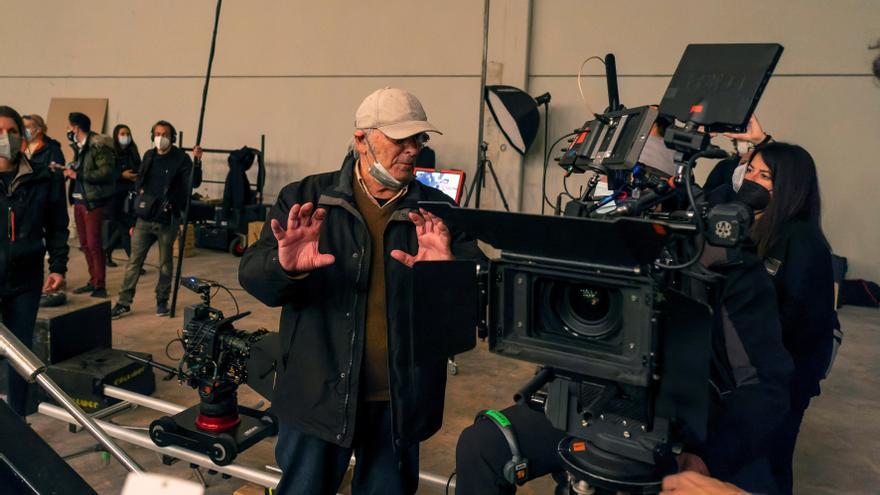 Teruel, Apr 27 (EFE) .- The filmmaker Carlos Saura is working these days on the filming of the short “Goya, May 3”, but he does so far from the Madrid mountain of Príncipe Pío where Francisco de Goya placed those executions during the war of independence: now, that scenario has been reproduced in a space of the Diputación de Teruel

It is a project promoted by Aragón TV, within the events organized by the Regional Executive to commemorate the 275th anniversary of the Fuendetodos painter, whose production, direction and interpretation has fallen into the hands of Aragonese, as is the case of Saura, born in Huesca.

Neither the presence of political representatives nor of journalists has stopped the filming of Saura today, under whose orders more than one hundred people work and in which 45 extras from a casting of more than 400 candidates participate, whose selection was made taking into account, in addition to the interpretive skills, to the physical similarities with the protagonists of the painting.

In statements to the media, Saura has detailed that for the development of the sequences of this work he has looked for inspiration in the Goya series “The disasters of war” and in engravings such as “String of prisoners”, which will become the prologue .

“With Goya you have to think that everything was imagined, so I do not know if he saw or imagined what the picture of the executions reflects, but those are the antecedents with which we will arrive at the image, which will be the conclusion,” he explained.

In addition to the production and direction, the soundtrack will also have a nod to the territory with the drums of Calanda, in homage to Buñuel and Goya, as a squad of French line infantrymen who cross the rope of prisoners before the execution.

Soldiers from the Marine Regiment of the French Imperial Guard appear, embodied by recreational actors from the Asociación Histórico Cultural Voluntarios de Aragón and extras trained in the handling of rifles, dressed in uniforms inspired by the painting itself and by historical documents.

Performers such as Eulalia Ramón, José Luis Esteban or Álvaro de Paz participate in the filming and it is planned to conclude with the montage at the end of May so that the short film is ready in the first half of June.

“The executions of May 3″ is one of the main works of Francisco de Goya and is recognized as one of the first of contemporary art, a precursor of the pictorial movements of Romanticism and Impressionism and a source of inspiration for Pablo Picasso for the ” Guernica “.