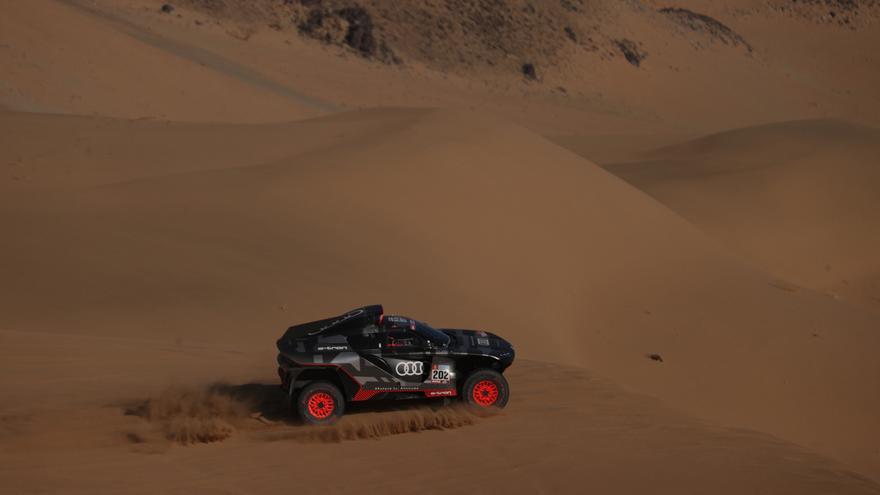 The Spanish pilot Carlos Sainz finished second this Saturday the prologue of Dakar rally 2022 in car category, where the Qatari prevailed Nasser Al-Attiyah, while in motorcycles the Australian Daniel Sanders won, with the Spanish Joan Barreda, ninth.

The third edition of the world's most demanding rally in Saudi Arabia started with a short but intense warm-up, a special of 19 kilometers with the prize of choosing the position in which to start this Sunday in the first stage around Hail.

Al-Attiyah, who achieved six stage victories last year, confirmed his role as the favorite in 2022 in the 44th edition of the Dakar. Toyota driver was fastest by 12 seconds about a Sainz that was finally able to test his new Audi RS Q e-tron in competition.

Henk Lategan (Toyota) and Brian Baragwanath (Century Racing), with the same time, finished third and fourth, while Sébastien Loeb placed his Hunter T1 + in fifth position. For the defending champion, Stéphane Peterhansel, his debut in the Audi was not as promising as Sainz's, finishing 14th. The also Spanish Nani Roma (BRX) was sixth.

While, Sanders (GasGas) flew on motorcycles, putting Chilean Pablo Quintanilla (Honda) in for a minute. Behind came Ross Branch (Yamaha) and Kevin Benavides (KTM), four different manufacturers in the top four. Spanish favorite, Barreda, started out restrained but well placed Among those who will be able to choose their departure on Sunday in Hail.