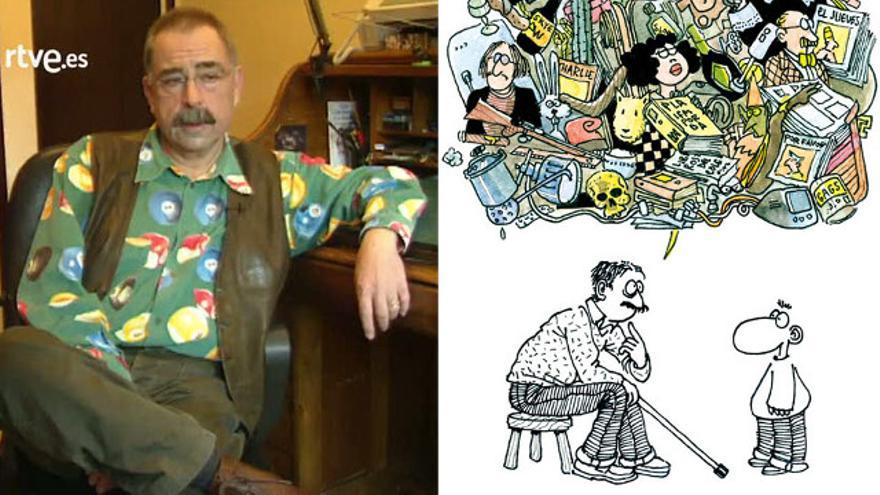 The cartoonist and graphic humorist Carlos Romeu Müller, one of the founders of the satirical magazine El Jueves and creator of characters like Betty and Miguelito, has passed away at 73 years old, as reported by the publication on social networks.

“We have lost a father,” says El Jueves in his message on the networks, in which he recalls that Romeu founded the magazine together with TOM and José Luis Martín.

We have lost a father.

Rest in peace Romeu, founder of El Jueves with TOM and JL Martín. He leaves us a master of graphic humor, also the father of characters like Betty and Miguelito.
A hug, partner, wherever you are. pic.twitter.com/ltecCfOkdR

The publication also highlights: “He leaves us a master of graphic humor, the father of characters like Betty and Miguelito. “A hug, partner, wherever you are,” concludes the magazine.

Carlos Romeu Muller was born in 1948 in Barcelona. The son of a Catalan dedicated to the textile sector and a French mother, he studied commercial teaching but left his studies to start Arts and Crafts, although he did not finish them either.

During his career as a cartoonist and humorist cHe collaborated with numerous magazines and newspapers, such as Por Favor, Triunfo, Interviú, Play Boy, El Jueves or El País, newspaper where he published his Miguelito comic strips for more than three decades.