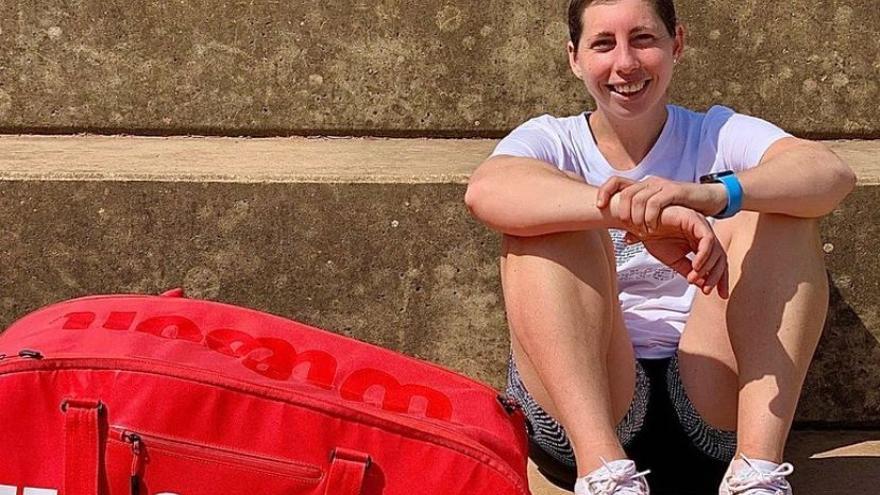 And it is that Carla Suárez revealed her return to the full routine of her life as professional tennis player 216 days after starting his fight against Hodgkin’s lymphoma. “Very excited to be training again! I thank you from the bottom of my heart for all the love you have given me, ”the 32-year-old tennis player from Gran Canaria wrote on her Twitter and Instagram profiles.

During all these months of treatment, Carla Suárez has maintained certain physical activity depending on how her body responded to the treatment: from physical circuits of different intensity to ‘rallying’ on a track. However, this step is more serious. Now Carla Suárez is preparing her return to the front line of competition in Barcelona. A lap with no specific deadlines and without a fully defined team. At the moment, Carla Suárez exercises with Lourdes Domínguez and Ana Alcázar, with whom she has a great friendship.

Her own evolution over the next few weeks will determine the plans of the Gran Canaria tennis player. The dream is clear: Tokyo Olympics next summer. The WTA, like the ATP, shields players who have had a serious physical setback. In the case of Carla Suárez, she has the protected ranking at number 68. The cut-off for the appointment in Japan will be defined after Roland Garros, the top clay-court event, her favorite surface.

For now, Carla Suárez’s calendar is yet to be defined. No hurries. It all depends on how you feel with the progressive workload that you will be subjected to on the track. The calm will mark your steps. Barely two months have passed since the last chemotherapy session of the Gran Canaria tennis player. The Mutua Madrid Open, one of his favorite dates and that takes place in 20 days, is more than ruled out. Roland Garros, in May, also seems complicated. Wimbledon, at the end of June, seems somewhat more feasible. However, everything is in the air.

Very excited to be training again! I thank you ❤️ for all the love you send me. ☺️😘 pic.twitter.com/XKm0bL9mtm

But above all, the dream of the fourth Olympic Games for Carla Suárez, who already has appointments from Beijing 2008, London 2012 and Rio 2016The doubles with Garbiñe Muguruza, which was already seen four years ago in Brazil, is a real possibility for Japan and one of its great motivations to return to the slopes after a 2020 full of adversities.

The intention of Carla Suárez, before the pandemic broke out and her Hodgkin lymphoma was detected a few months later, was to hang the racket permanently. Nevertheless, coronavirus first and soon after the cancer truncated their plans. The purpose of Carla Suárez is now to return to the circuit to sign a withdrawal from the tennis courts, the place where she has made history in Spanish and Canarian sport. The explosion of Suárez marked the return to the elite of Spain in world women’s tennis, without references in the noble zone of the circuit since the times of Arantxa Sánchez Vicario and Conchita Martínez.