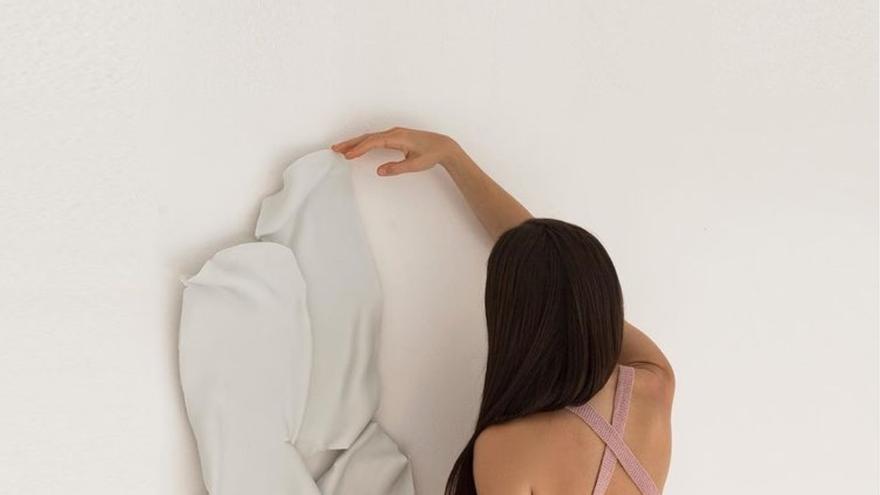 Madrid, Aug 10 (EFE) .- The recent edition of ARCO was the first in which Carla Cascales participated, who managed to capture the attention of the kings during her visit and sell two works to the Masaveu Foundation, which places it as one of the new voices of emerging Spanish art with their obsession to get “to the essence of things.”

The poetry of simple things inspires the work of Carla Cascales, who seeks in her works “to try to eliminate elements until reaching the essence of things,” the artist explains in an interview with Efe about her work, which with materials that evoke nature manages to open a gap in the art scene.

Carla Cascales was always clear that she wanted to dedicate herself to art. The daughter of an architectural model maker, in the crisis of 2008 she saw closely “the decline of the artisan professions in the face of the 3d printing boom”. So he enrolled in Advertising and Public Relations, to later transition to graphic design.

“I never felt satisfied working for brands, I knew that was not what I wanted,” explains the Catalan, who five years ago decided to dedicate herself entirely to the world of art, in which her name is growing at a dizzying speed supported by the Senda gallery and, now, positioning one of his works in the Masaveu Foundation.

“ARCO is an incredible opportunity at the level of visibility,” he says about the fair, which he says allows him to “reach an institutional audience” and in which he participates for the first time with the Senda gallery, with whom he has been with for a year. “Being at ARCO professionalizes you as an artist, the work reaches many people,” he says.

Although it was his first time at the art fair, it has managed to become one of the most visited stands. On the first day of the Fair, the Masaveu Foundation bought a diptych of one of its Mediterranean-inspired series, and on the second, the kings stopped during their visit to the fair in front of their new Terracotta series.

“They were interested in Terracotta paintings, they asked me for information, they wanted to know the creation process. I felt the affection of people who are interested in your work,” he points out, noting that the “Artist’s Projects” initiative, destined this year to show women’s works has been a “great springboard” to publicize their work.

As an artist, she is aware that having “a good gallery that promotes your work and a foundation that supports you as an artist is very important,” so her balance from the first fair is positive, something that, according to her remarks, supports the sales with which they have edition closed.

“In the art world, prestige is important. Art is subjective, when a collector buys your work he likes to know that there are other institutions that have also supported your work,” he reflects.

Regarding the stamp of his works, the one that has attracted the general public and also the kings and visitors, Cascales points towards nature and the organic. “My work connects with nature itself, imperfect, organic and irregular, something that any human being carries inside as an ancestral feeling”.

Among his pieces there are paintings with volumes, sculptures and paintings, and he is clear that he is not pigeonholed into a single format. “Limiting myself to one format does not fill me as an artist,

Being in constant discovery and experimentation is fundamental “, he points out about his pieces, which he conceives in dialogue with the spaces in which they are exhibited.

“To do a good deed you have to take time to think and experiment,” she says with conviction. For this reason, the future after an edition of ARCO that still leaves its emotional residue on the artist is taken in stride, focused on a passion that she has practiced as a profession for years.