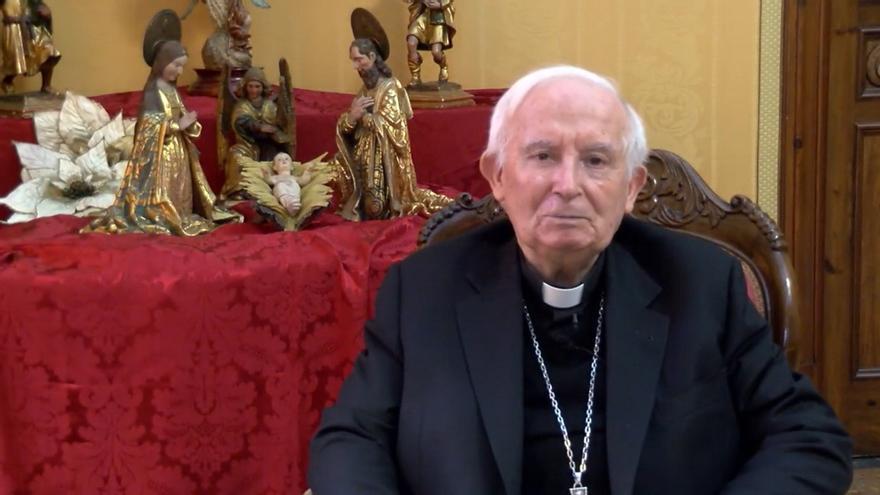 The archbishop of València, Antonio Cañizares, has not wasted the Christmas greeting letter to the faithful to re-charge against the Government. He has not hesitated to criticize the Celaá Education Law, ERE management and euthanasia law and he has even pointed out that these policies “steal” Christmas from us.

The Euthanasia Law has been the one that Cañizares has had the most impact on, ensuring that the deputies have “forgotten” palliative care and that they have done it “intentionally, but with a very serious error and omission” because “they have not wanted to know anything about they and the weak, the sick, the terminal, those who cry out in pain and are extremely vulnerable hinder them. ”

However, the archbishop has asked them “to repent and return to God” because “God wants the man who suffers, not like the perverse applause of those who voted ‘yes’ in the Congress of Deputies to the wicked law, perverse and cruel in favor of death “.

Cañizares has also wanted to stoke the Government on behalf of those affected by temporary employment regulation files (ERTE) due to the coronavirus. Thus, he has asked “justice for the unemployed, who suffered the ERTE and have not paid them yet, and in their house there is hunger and darkness, and sadness, for taking away their work, which is indeed a right, -the right to decent and sustainable work – and not euthanasia. ” “This is the most contrary to Christmas and to humanity itself; where are the feelings of compassion? In the salaries for those who govern and are comfortably in their seats in Congress?”, He added.