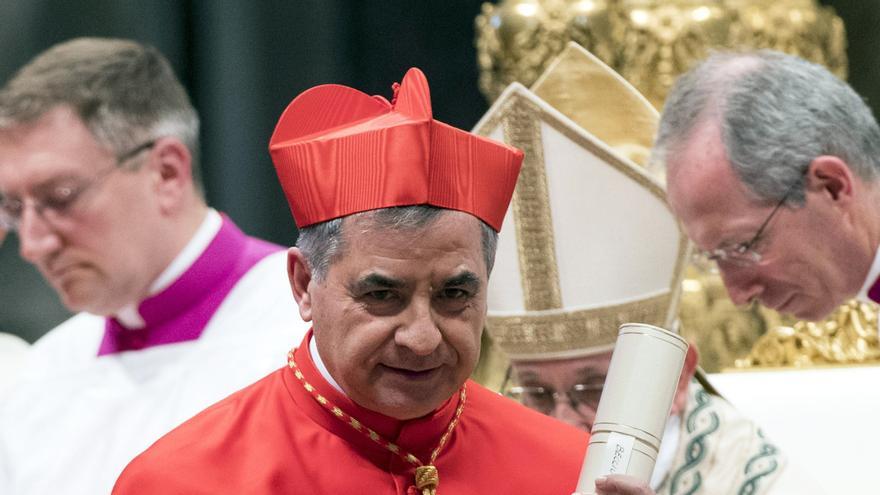 Cardinal Angelo Becciu, former that the pontiff dismissed last September for several financial scandals, will be tried along with nine other people for various crimes related to the sale of a high-value building in the heart of London, reported the Vatican.

“The president of the Vatican Court has ordered the summons to the trial of the accused in the framework of the matter related to the financial investments of the Secretary of State in London. The trial will begin at the hearing of the next July 27th“said the Holy See in a statement.

Regarding Cardinal Becciu, “it will proceed, as provided by the regulations, by the crimes of embezzlement and abuse of office also in competition, as well as bribery “.

An extensive judicial investigation has established that the activity of the accused involved “considerable losses to Vatican finances, having also used the resources allocated to the personal charity works of the holy Father“, it is explained in the note. The Vatican emphasizes that this judicial initiative is” directly related to the indications and reforms of His Holiness Pope Francis, in the work on transparency and sanitation of finances Vatican “.

All the defendants are members “of the ecclesiastical and lay staff of the Secretary of State and figures of the then Financial Information Authority, as well as external figures, active in the world of international finance.”

Among the crimes they are charged with are abuse of office, bribery, extortion, embezzlement, corruption, money laundering, fraud, abuse, falsification of public documents committed by individuals and forgery in private deed.

The investigations, initiated in July 2019 following a complaint from the Institute for Works of Religion and the Office of the Auditor General, have counted on the collaboration of the Rome Prosecutor’s Office and the Economic-Financial Police Nucleus of the Finance Guard Romana, as well as the Milan, Bari, Trento, Cagliari and Sassari prosecutors and their Judicial Police sections.

The investigation of the case, for which letters rogatory were issued in the United Arab Emirates, Great Britain, Jersey, Luxembourg, Slovenia and Switzerland, “have made it possible to establish a wide network of relationships with the participants in the financial markets who have generated considerable losses for Vatican finances, having also used the resources allocated to the personal charitable works of the Holy Father “.

“The judicial initiative is directly related to the indications and reforms of His Holiness Pope Francis, in the work of transparency and sanitation of Vatican finances, which, according to the accusatory hypothesis, has been counteracted by illegal and harmful speculative activities”, it adds.

It was Francis himself who on September 24, and by surprise, forced Becciu to resign his post as prefect of the Congregation for the Causes of Saints and the rights of the cardinal for his possible involvement in various financial scandals.