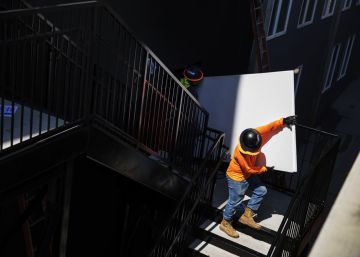 The American Business Roundtable Business Association has surprised this summer with a solemn declaration that supposes a substantial rethinking About the ends of the companies. The proposal advocates replacing the principle that prioritizes obtaining benefits only for shareholders for a much broader purpose that includes customers, workers, suppliers, support for society and environmental protection.

In the description of the new objectives, the document uses expressions such as "justly compensate workers", "treat suppliers fairly and ethically" and "protect the environment by accepting sustainable practices in our companies".

The document is signed by more than 180 leaders of the main corporations, including Apple, Amazon, ATT, IBM, BlackRock, Goldman Sachs, JP Morgan, Bank of America, Citigroup, Exxon, Ford, KPMG, Pfizer, among others. A collective that employs more than 15 million workers.

The initiative has sparked extensive debate in the United States and other countries such as the United Kingdom and France. From the outset, it must be recognized that it is the rupture of an essential creed of capitalism that subordinates all its activity to maximizing profits with well-known expressions such as giving priority to “creating shareholder value”. Ideas promoted by liberal economist Milton Friedman, opposed to any state intervention in the economy and adviser to Reagan and Thatcher.

Regardless of its practical application in the future, the entrepreneurs' initiative implies the explicit recognition of the unfeasibility of the business model that has been guiding capitalism over the past half century.

Why does a call to the responsibility of the capitalist system now arise? The reality is that these ideas have not fallen from the sky. In recent years, investors increasingly demand from companies a certain social and environmental behavior. A growing part of sovereign wealth funds and pension funds condition their investments to companies that meet social and environmental minimums.

In the United States the Democratic senators, candidates for the presidency, Elisabeth Warren and Bernie Sanders, point to the responsibility of the companies for the increase of the inequalities caused by the enrichment of the investors at the expense of the wage earners.

Columbia professor Jeffrey D. Sachs recalled that American society is furious against the business sector that has dangerously polluted the environment, captured Congress and regulatory agencies through lobbies and financing, and relentlessly cheated on taxes. And he believes that the Roundtable statement is a tacit recognition of the sins of the American business class.

It will be necessary to be attentive to the concrete measures that these managers adopt in their own companies. These chest blows remind of Sarkozy's "need to reform capitalism" in the moments of panic of the last crisis that remained in nothing. The scant echo of this important debate in the Spanish business world is striking.