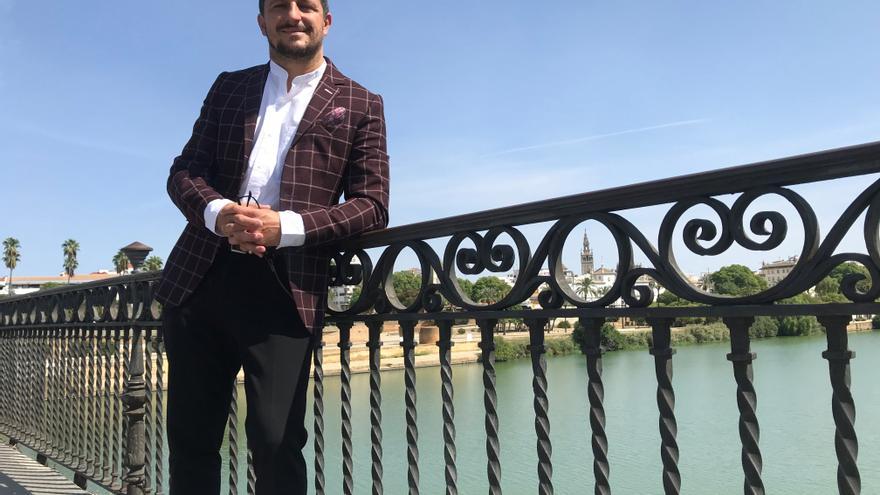 Logroño, Mar 11 (EFE) .- The Cádiz-born cantaor David Palomar has told Efe that “it is uncertain” that flamenco is only for amateurs, but that this genre “is accessible to everyone”, since “anyone, even if you don’t know anything, you can go listen to it and appreciate it and leave with a good taste in your mouth. ”

David Palomar (Cádiz, 1977) performs this Thursday at the Breton Theater in Logroño, within the cycle “Thursdays Flamencos”, which will be “traditional guitar”, which will be played by Rafael Rodríguez, and sing, in which he will print his personality and contribute ” things “his.

This cantaor explained that “flamenco is in very good health when it comes to artists, there are very interesting artists”; and, “although it is true that there has been a generational break from the 70s until now”, at present “very good things are offered” within this genre.

He has indicated that dance has evolved the most from flamenco, followed by guitar, since “there are very good guitarists”, and, from his point of view, “cante has evolved the least, but there are also many young performers who do very good things. ”

“Flamenco – he has defended – should be more present in the ‘prime time’ of television and in radio formulas”; as well as “being much higher than it is and not setting it aside for minorities, but the media are in charge of not doing the job they have to do.”

He has remarked that, as a cantaor who was born in the Viña neighborhood, his style is “the Cádiz school of cante, which is one of the most complete there is because it brings together many characteristics that not all the cantaor areas of Spain have”, among they are rhythmic, picaresque, tuning and depth.

Regarding how the covid-19 pandemic has affected music, he remarked that this sector is “one of the most punished”, so he hopes it will return to the “place” where it was, since the artists are “crazy to offer and the public crazy to receive “.

“Between the lack of sociability that is having with all this and the lack of cultural offer, what they are doing is a slightly more clumsy society, but you have to be patient,” he pointed out.

He has stressed that what he likes most about his profession is “contact with the public” because “flamenco, like all music, needs that ‘feedback’ that the public gives” and “to break that fourth wall” to find “that magic that is created”.

“I like that people have a good time and that I feel that the things that I am telling them are reaching them. The day that doesn’t exist, you get off the stage a little crestfallen, that contact with the public is the best thing about this. “, he stressed.

Among his next projects, he has highlighted a new album, “si todo va bien”, entitled “Siete miradas”, which he began recording at the end of 2019 and of which he has already released three songs with three video clips, with the aim of have the album ready “at the end of this year”.

“It is a disc a little more open than the previous ones: I am a classical cantaor and, in my discs, I have always recorded my musical restlessness and the things that I want to tell and what my personality is”, he has indicated. that this new work “has my views on today’s society,” he concluded.