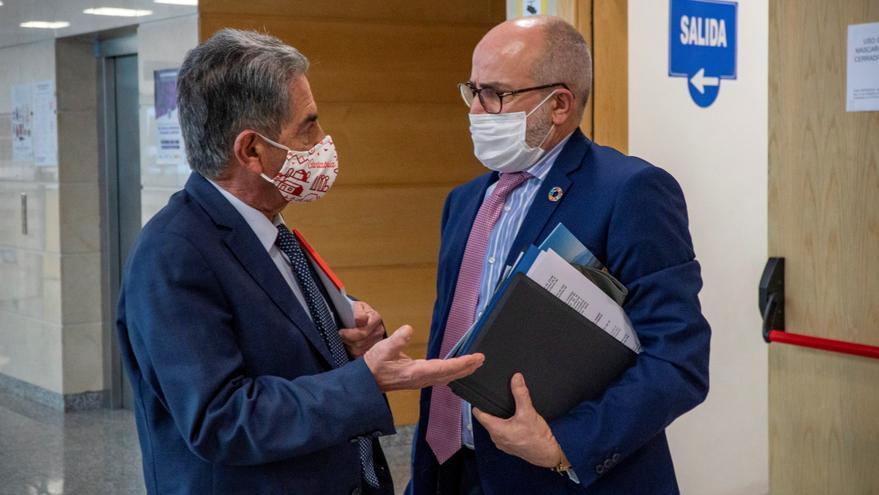 Cantabria will close large commercial areas on weekends from this Saturday, January 16, as a measure to contain the advance of the third wave of the pandemic, as planned. In addition, it will again prohibit public access to sporting events and reduce the capacity for cultural activities to 33%, among other measures.

This was announced this Wednesday by the Minister of Health, Miguel Rodríguez (PSOE), in an appearance in which he was accompanied by the new general director of Public Health, Reinhard Wallmann. The complicated situation in which the community finds itself due to the expansion of COVID-19 after Christmas has motivated this tightening of restrictive measures, as well as the extension of those already in force.

In this sense, Cantabria will maintain its perimeter closure and its curfew from 10 pm to 6 am, in addition to the closure of the interior catering establishments. However, and despite the fact that it has been on the table until the last minute, the Government has not yet opted for municipal confinements, not even those with a very high COVID incidence, as other communities such as Euskadi have done, for example .

(There will be enlargement)

Through our channel on Telegram we immediately transfer what happens in Cantabria: latest news that is happening, or where, simply, we offer you a summary of the most relevant information of the day.