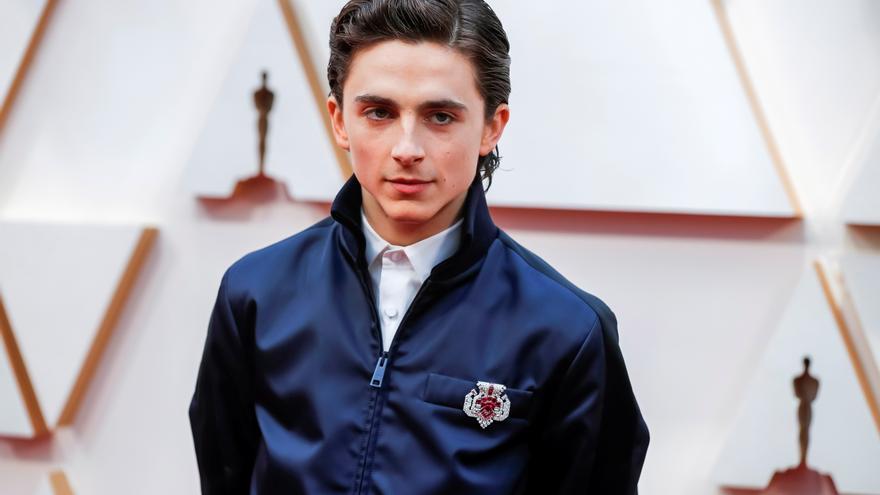 Culture Newsroom, Jul 3 (EFE) .- After a year of absence, the Cannes Festival opens its 74th edition this Tuesday, in which there will be an interesting mix of established stars -Catherine Deneuve, Jodie Foster or Matt Damon- and young people who they aspire to the highest, like Timothée Chalamet or the brothers Hopper and Dylan Penn.

Wanting to make up for lost time and return to being the world’s leading film event, Cannes has managed to attract a good number of stars, established and new filmmakers and set up a solid program both in competitive and pure exhibition sections. .

Cannes only won the game in 2019, with “Parasite”, the Korean phenomenon that won the Palme d’Or and made history by being the first title to win the Oscar for best film and best international film. A success that the contest seeks to repeat with a very varied program.

A COMPETITION CARRIES OF KNOWN NAMES

The always controversial Leos Carax will be in charge of opening a section for competition that brings together no less than twenty-four films, of which only four are directed by women.

In his case, he will arrive in Cannes with “Annette”, a musical starring Adam Driver and Marion Cotillard, which is the French filmmaker’s English debut.

Among the best known names, the American Wes Anderson, who has had the patience to wait a year to be able to premiere in Cannes – he was in the selection for the frustrated 2020 edition – his “The French Dispatch” full of stars: Frances McDormand, Timothée Chalamet, Benicio del Toro, Adrien Brody, Tilda Swinton, Léa Seydoux, Bill Murray, Owen Wilson, Liev Schreiber, Edward Norton, Willem Dafoe, Saoirse Ronan and Anjelica Huston.

There is also the Dutch Paul Verhoeven with “Benedetta”, a love story between a nun and another woman in 17th century Italy; the French Jacques Audiard with “Les Olympiades”, a modern love story, or the Italian Nanni Moretti, with “Tre piani”, focused on the relationships of a neighboring building and starring the director, along with Riccardo Scarmarcio or Margherita Buy .

One of the most anticipated is the American actor and director Sean Penn, who arrives with “Flag Day”, a film that he directs and stars, along with his sons Hopper and Dylan, born from his marriage to Robin Wright.

Penn returns to Cannes as director after the failure of his previous work five years ago, “The Last Face”, a melodrama starring his then partner Charlize Theron and Javier Bardem.

INTERESTING OUT OF COMPETITION TITLES

But Cannes is not only the competition for the Palme d’Or. Beyond the parallel sections (A certain look, Directors ‘Fortnight and Critics’ Week) there are several non-competitive sections that bring together a very interesting offer.

This is the case of “JFK Revisited: Through The Looking Glass”, a documentary with which Oliver Stone delves into the new declassified evidence on the assassination of US President John Fitzgerald Kennedy since the premiere of his movie “JFK” thirty years ago.

Todd Haynes will arrive with another highly anticipated documentary, “The Velvet Undergruund,” and Ari Folman will again demonstrate that animation can be used to narrate any subject. He surprised in 2008 with “Waltz with Bashir”, about the massacre of Sabra and Shatila, and now focuses on the figure of Anne Frank in “Where is Anne Frank”.

Also documentaries “Val”, by Ting Poo and Leo Scott, on the trajectory of Val Kilmer; “New Worlds: The Cradle of Civilization,” in which Andrew Muscato recorded a show by Bill Murray and cellist Jan Vogler on the Acropolis in Athens, and “Babi Yar. Contexte,” by Sergei Loznitsa, about the massacre of Jews in Ukraine at the hands of the Nazis.

A FESTIVAL IN FREEDOM BUT MARKED BY COVID

All this in a festival that will be held entirely in person -although with many virtual appointments, mainly in the Marché du film, the appointment for the industry- and with quite relaxed measures, since less than a week ago France eliminated most of the restrictions.

There are no longer capacity limitations for shows -except for indoor concerts-, up to 2,500 people can congregate outside -although with a health passport or negative test for meetings of more than a thousand-, there is no curfew and no It is necessary to wear a mask, but they recommend it for crowds of more than a thousand people.

Cannes, however, has taken extreme precautions. It will have a laboratory to test the accredited; it has reviewed the air conditioning installations, which will operate 24 hours a day in all spaces; has reinforced cleaning services and attendance at screenings will be with a prior reservation of seats online.

“We cannot assume the risk of saying that everything will be normal”, the general delegate of the event, Thierry Frémaux, acknowledged at the festival’s presentation. But all the elements that have made EFE famous