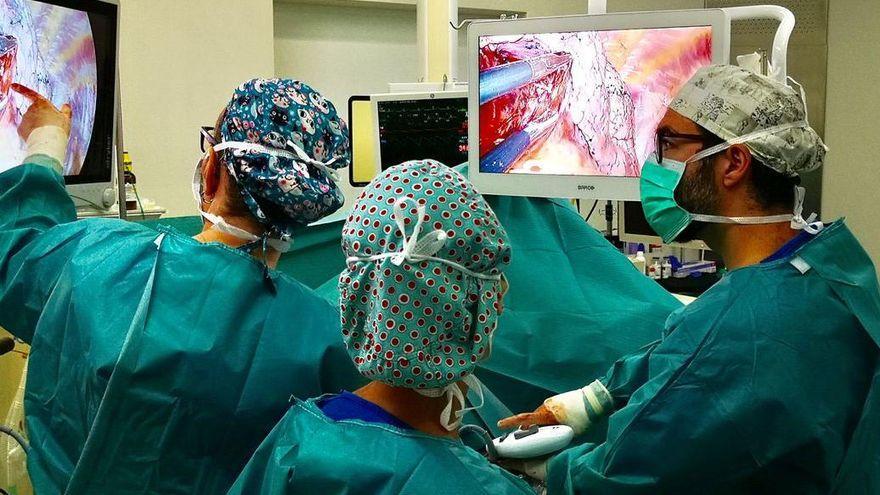 Cancer has killed more people in the Canary Islands than Covid-19. However, the health emergency has “overshadowed” the care of this deadly disease, whose fight is commemorated every February 4. This is subtracted from the latest report on frequent causes of death in the population published by the National Institute of Statistics (INE), which concludes that lung cancer was the second reason for death in the Canary Islands until May 2020, only surpassed by ischemic heart diseases. However, when adding the deaths from the most frequent cancers in the Archipelago –lung, colon, breast, prostate and pancreas–, this pathology becomes the one that leads to the most deaths in the Canary Islands; almost a thousand during the first five months of the year.

Covid-19 – identified and suspected – was, on the contrary, the eighth cause of death in the Archipelago, with 239 deaths at that time. The situation, however, changes at the national level, since the higher incidence of the coronavirus in other communities has generated a high mortality associated with this pathology. Therefore, it is probable that the low mortality, compared to that of other pathologies, in the Canary Islands, is related to the low incidence of the pandemic virus in the Islands.

Cancer kills about 4,000 people on the Islands each year, according to data provided by the Observatory of the Spanish Association Against Cancer (AECC). In 2020, according to data from the Ministry of Health, 411 people died from coronavirus, that is, 10% of those who died from cancer. Cancer is the second leading cause of death worldwide with approximately 18 million new cases diagnosed and more than 9.6 million tumor-related deaths each year.

However, even when reality shows that cancer has been more deadly than Covid-19 in the Canary Islands; the fear of patients and the new health protocols focused on avoiding infections by SARS-CoV-2 have reduced the attention to these people in different ways. On the one hand, those who suffer from this pathology have delayed or canceled their periodic check-ups in health centers and hospitals for fear of being infected, which, in the long term, can lead to treatment interruptions, postponement of vital surgeries or delay in tests. Meanwhile, the part of the population that still does not know that it is suffering from this disease has seen how the number of early diagnosis tests (for cancer and colon) carried out in the Archipelago has been diminishing. This is how Andrés Orozco, AECC provincial president in Santa Cruz de Tenerife, describes the situation, insisting that this laziness has been postponed beyond confinement. The main concern of the Association, in general, and of Orozco in particular, is that there is a significant part of the population that may not be diagnosed.

In the Canary Islands an average of 11,389 cancer cases are described per year, but “during confinement, the first diagnoses were reduced and this can lead to long-term problems,” says the president. The AECC, in collaboration with several scientific societies involved in the approach to cancer (SEAP, SEEO, SEHH, SEOM, SEOR), estimated the reduction in the number of biopsies diagnosed with cancer and first consultations by 21%. In other words, one in five did not know during confinement if they had this pathology and, if the diagnosis is further delayed, the long-term consequences can be devastating. The 21% decrease in new diagnoses is limited to a few very specific months (from March to June), therefore new studies will be needed to know what the real impact of the pandemic has been, although it is estimated that by the end of the third wave could reach around 30%.

“The worst case scenario may be to not properly diagnose the disease, since late cancer is complex to manage”Says Orozco. The European Commission has already realized this reality, and considers that if conclusive actions are not taken, cancer cases could skyrocket by 25% by 2035, with a global economic impact in Europe that will exceed 100,000 million euros per year. .

In this context is framed the new European Plan to Beat Cancer adopted yesterday by the Community Executive to improve prevention, treatment and care against cancer. “In 2020 we lost 1.3 million Europeans due to this disease and unfortunately the number of cases is increasing,” warned the president of the European Commission, Ursula von der Leyen, putting the accent on pediatric cancers. According to the Commission’s estimates, there were 2.7 million more people diagnosed with cancer last year. With this slowdown to new diagnoses, the statistic “has been broken”, as Orozco points out. “This year’s will not reflect reality, since Covid-19 has captured all the attention,” he insists and points out that one should not be tempted to think that there have been fewer new cases because the disease has, in some way, , missing.

In this sense, the president of the AECC emphasized that the problem is not in the health professionals who work in oncology, to whom the current situation has never taken their eyes off the priority that cancer supposes. The real stumbling block is in the change that has occurred throughout the health system due to Covid-19. “The new protocols imposed have modified normality”, says the president of the association, either at the time of consultation –for which there is less daily time due to the disinfection tasks that have to be undertaken between patient and patient– or once they enter the waiting list.

“Today [por ayer] I am trying to find out what happened to a 40-year-old woman who has been diagnosed with breast cancer and still does not know when she will have surgery ”, explains Andrés Orozco, who recalls that until now, when a diagnosis of this caliber was made , the intervention was scheduled practically on the fly.

The uncertainty that many patients experience in the current situation, not only due to the pandemic itself, but also as a consequence of the delay or cancellation of their healthcare, is generating anxiety and depression in them. In this sense, more than 34% of people with cancer have experienced anxiety and depression during confinement and almost 67% of the patients revealed to be very concerned about the pandemic, compared to 58.9% of the general population.

To all this is added the economic emergency to which the coronavirus has pushed the entire country. According to the AECC survey, 46% of the cases the family economic situation has worsened due to the health crisis. Of these, up to 19.4% have gotten so bad that they have had to make severe cuts in daily expenses, incur debt or apply for financial aid. It should be remembered that 45% of cancer costs are borne by families, an amount that amounts to 19.3 billion euros throughout Spain.