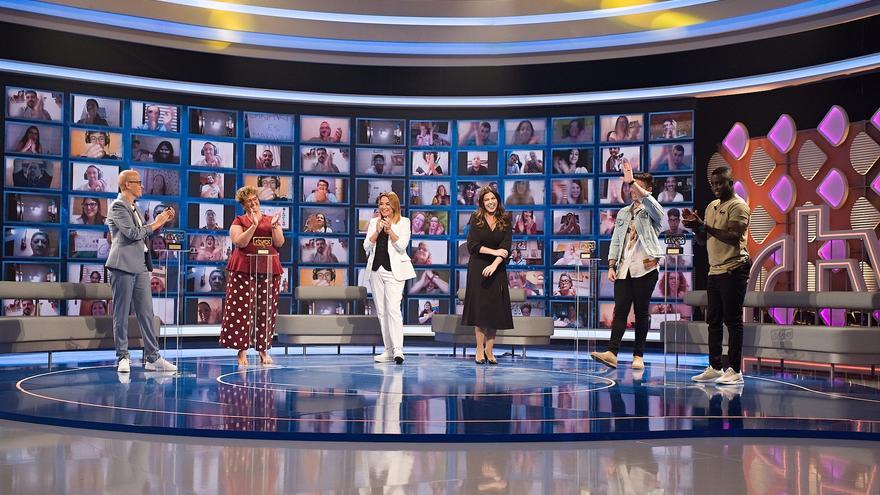 Televisión Canaria premieres this Friday, starting at 10 p.m., the public service program ‘Wonderful People’, a format of success contrasted in other regional channels, which recognizes the solidarity actions and the response of the Canaries to situations of discrimination that they witness, such as homophobia, racism or bullying, among other injustices. The first hidden camera of the premiere, shot on El Hierro, will show the reaction of different people to a proposal of false therapy to cure cancer and we will also be able to see a hidden camera that will recreate an episode of racism. Seasoned with real testimonies on set, surprises and music, today Friday will feature a musical performance by Benito Cabrera Y Besay Pérez. In addition to having as a guest the popular presenter of the chain, Elvis sanfiel, and, as godmother, the presenter of the program on Canal Sur de Andalucía, the prestigious communicator Toñi Moreno.

Precisely in the Andalusian Community, the success of ‘Gente Maravillosa’ was not only on television, but also achieved great notoriety and following on social networks. Through the YouTube channel, for example, the hidden cameras were seen all over the planet and have registered more than a million subscribers and the videos exceed 300 million views from all over Latin America. For this reason, the Canarian version aspires to have the same broadcast on networks and, of course, the same reception from the viewers of Televisión Canaria. They will also be able to follow the hidden cameras of the program or enter exclusive content on the YouTube channel, Facebook, Twitter and Instagram ‘Gente Maravillosa Canarias’.

The sole administrator of RTVC, Francisco Moreno, invited “all Canaries to follow this appointment because I am sure it will entertain them, but it will also reinforce the values ​​that make us better as a society.” Well, in the opinion of the director of the entity “this program has it all and is one of the proposals that mobilizes a good part of the audiovisual industry” since it has a large team of professionals behind it and, therefore, “Televisión Canaria also fulfills this with its mission to sustain the sector ”, concluded Moreno.

For his part, Toñi Moreno, presenter of the Andalusian version of the program and who will act as godmother of ‘Wonderful People’ in its premiere in the Islands, defended that “we have the obligation as public television to restore faith in the human being and transmit values; and the Canarian people are a people with many values ​​”. In addition, Moreno stressed that “it is the most beautiful program I have done in my career and it has a contagious effect that encourages people to do good.” Toñi Moreno has already explained all the secrets of this format to Eloísa González, the charismatic presenter in charge of conducting the program on Canarian Television, who confessed that “I really want to start and show that Canaries are wonderful people, with reasons to feel like proud as a people and with much to teach the world ”.

”The format has evolved in the Canary Islands with new and good ideas. We have a spectacular set, the hidden cameras are amazing and surpasses what we have done in Canal Sur, so I am very happy with the production that Suelta El Mando Factoría Audiovisual has made ”, explained Alberto del Pozo, creator of the format. While Santi Gutiérrez, executive producer in the Canary Islands of ‘Gente Maravillosa’, pointed out that “it is the public television program in capital letters, a good example that social and informative content can be made from entertainment”. Along these lines, Gutiérrez assured that “it is time to give the maximum performance to public televisions.”

New in the format

This new space, which has located hidden cameras throughout the Archipelago to capture the reactions of island citizens, promises a special night of emotions and surprises on Friday. Addressing from the premiere with the first two stories various current affairs in the Islands. On the one hand, the first case, coinciding with the celebration of the International Day Against Breast Cancer, last Monday, shows the story of Hermi, a victim of this disease who must face a false doctor who tries to take advantage of the emotional weakness of the sick and offers her a miraculous natural treatment that cures cancer. While the second story supposes a complaint against racism through the testimony of Djiby diao, who at the age of fifteen arrived in the Canary Islands aboard a boat.

Among the novelties that it incorporates Release The Knob to the program, it should be noted that, instead of actors, in the Islands it is the victims themselves who, in collaboration with different NGOs, recreate the real episodes of discrimination that they have had to face at some point and that they wish not to return to. repeat. Therefore, this space also represents the recognition of the ability to overcome many canaries who have suffered unfair situations on their own skin and who have had the courage to relive them for the cameras of ‘Wonderful People’.

And, of course, a recognition to those anonymous heroes who do not remain impassive in the face of unjustified attacks on other people or who have suffered humiliation for reasons of race, gender, sexual condition or disability. When any of them face or defend the person who is being discriminated against, the program’s team will appear on the scene to explain that they have experienced a hidden camera and that it is ‘Wonderful People’.

The most forceful, emotional and supportive reactions will be recognized on the set, where for the first time in the history of television in the Canary Islands, 150 people from the eight islands will be able to follow the program live, simultaneously and from their homes, through a novel virtual system. To follow them closely as a public, interested persons should contact the email gentemaravillosa@tvcanaria.tv.