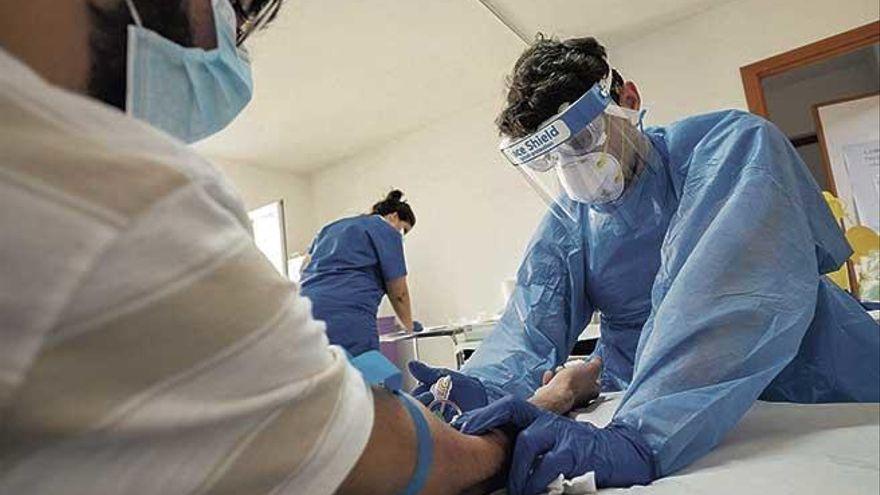 Canary Islands is the region with the fewest workers who have applied for sick leave due to Covid during the month of February, according to data from Ministry of Labor and Social Economy.

In February 2021, statistics show that a total of 3,519 people were on leave for coronavirus. Of these, 3,508 were mild, eight severe, and three fatal.

Considering the economic activity, a total of 3,259 people who were terminated worked in health activities, 165 did so in assistance in residential establishments, 84 in public administration and defense and 11 in other activities.

Of these deaths, 90 occurred during the working day, six less than in the same month of 2020, which represents a percentage decrease of 6.2 percent. The remaining 15 fatal accidents recorded were “in route” accidents (those that occur on the way from home to work and vice versa), nine less than in the same period last year (-37.5 percent).

Altogether, 84,426 occupational accidents with sick leave were recorded, which represents a decrease of 10.4 percent with respect to the number of accidents registered in the second month of 2020.

Of the total claims, 70,672 accidents were recorded in the workplace and 13,754 were claims ‘in route’. The former fell 13.3 percent, while the latter grew 8.5 percent over the same period last year.

Since January 1, 2019, the specific Social Security coverage for occupational accidents in the case of self-employed workers became generally mandatory, while in 2018 it was mostly voluntary and only reached about 20 percent of the self-employed. .

Among the accidents of employees recorded in February, a total of 66,102 occurred while in the workplace, 14 percent less than in the second month of 2020, while 13,354 were accidents ‘in itinere’, a figure that is 8, 2 percent higher than the previous year.

Minor accidents of salaried employees with sick leave totaled 65,561 in February, 14 percent less, and serious accidents reached 458, 14.2 percent less than in the same month of the previous year.

The statistics also reveal that 78,963 occupational accidents without sick leave were also reported, 21.3 percent less than in the same period in 2020.

UNIONS ASK FOR INTEGRATING OCCUPATIONAL HEALTH IN THE PUBLIC

UGT and CCOO have called for the full integration of occupational health into public health, with greater conviction from the experience of the pandemic, “which requires greater coordination between the health and labor departments both in the General State Administration, as in the autonomous communities “.

The Canary Islands maintain alert levels for coronavirus except El Hierro, which falls to 1

The Government Delegation in the Canary Islands processes 57.44% of sanctions imposed during the state of alarm