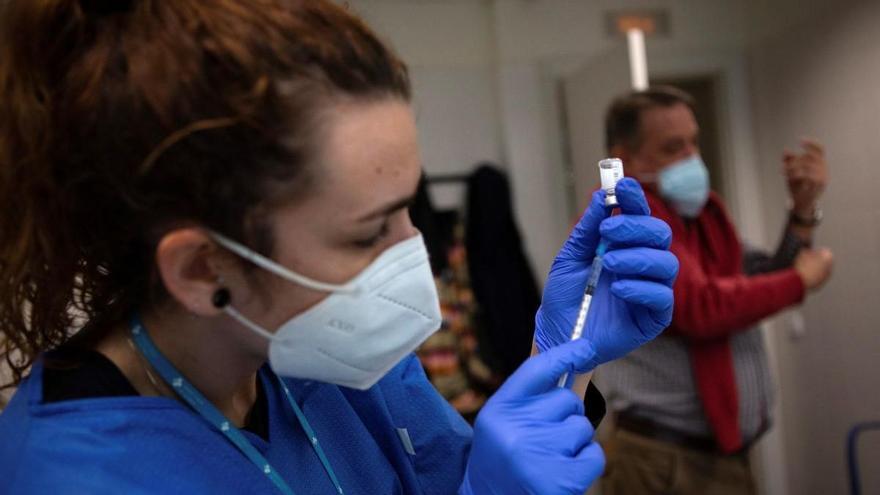 The Nursing union (Satse) has confirmed that Canary Islands It is one of the communities that has reflected in its regional regulation what is stipulated in the royal decree that regulates since 2018 in Spain the indication, use and authorization of dispensing medicines and health products for human use by nurses.

On the contrary, Satse has denounced that five autonomous communities, in addition to Ceuta and Melilla, still do not accredit their nurses so that they can carry out care activities “with all legal guarantees”, such as vaccinating against Covid-19 or influenza, after 850 days have passed since the Royal Decree on nursing prescription came into force.

In the opinion of the union, it is “absolutely incomprehensible” that the health departments of Asturias, Extremadura, Galicia, La Rioja and Madrid, as well as those of Ceuta and Melilla, continue without carrying out the pertinent administrative procedures so that their nurses have the necessary legal support to be able to indicate and use medications with all the guarantees and legal certainty, in the case, for example, of vaccines against coronavirus.

“We have been waiting for almost two years and four months for the commitment expressed by their health officials to comply with the provisions of the Royal Decree on nursing prescription to come true and that the nurses of their respective health services can do their work with the peace of mind that they will not be able to be reported for an alleged crime of professional intrusion “they have said from Satse.

Andalusia, Aragon, Balearic Islands, Canary Islands, Cantabria, Castilla-La Mancha, Castilla y León, Catalonia, the Valencian Community, the Basque Country, Navarra and Murcia have reflected in their regional regulation what is stipulated in the royal decree that regulates the indication, use and authorization of dispensing since 2018 in Spain of medicines and health products for human use by nurses.

“With a clear political will, the administrative procedure to accredit nurses can be carried out in a matter of days, so it is especially criticizable that the ministries of Asturias, Extremadura, Galicia, La Rioja and Madrid have not found the time to do so throughout the 850 days that have already elapsed since the Government stipulated it “, has stressed the union organization.

In addition to a “palpable cessation of functions”, Satse has pointed out that the “non-compliance” of what is established by the state regulation by the five mentioned autonomous communities confirms a “lack of recognition” of the professional development of nurses that will ultimately result in an “improvement” in the attention and care that their patients and the general public deserve.

“The fact that nurses are not yet accredited to indicate, use and authorize the dispensing of drugs, such as vaccines, means in practice that anyone must first have a necessary clinical prescription, which entails more slowness, bureaucracy and ineffectiveness. More problems and waiting for patients and, of course, for nurses who do not yet have accredited care that they carry out regularly “, they have settled since Satse.