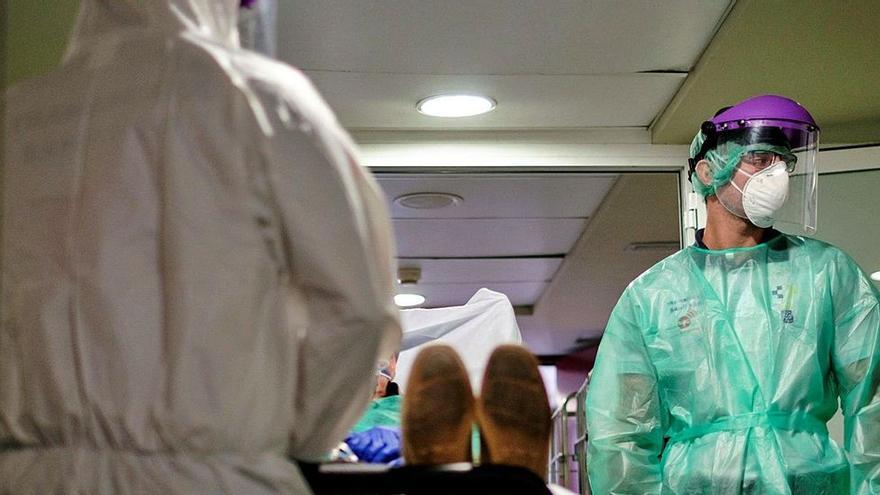 The President of the Government of the Canary Islands, Angel Victor Torres, announced at a press conference this Friday – January 15 – that the island of Gran Canaria will go up to alert 3 if it does not improve its indicators in the epidemiological data of the Covid-19 and as reported this past Thursday the Minister of Health, Blas Trujillo, the island will be upgraded to level 3 or “expanded level two” by next week.

It has also affirmed that the decisions adopted by its Executive to apply or lower restrictions by the coronavirus pandemic in the different islands they respond to “objective” and “scientific” criteria.

Tenerife has been in the last days at level 3 of the coronavirus alert, and those same restrictions will now apply to Lanzarote, and probably also to Gran Canaria (The situation on this island will be analyzed on Saturday and if approved, the new alert would go into effect next Monday). But what does it imply?

In statements, has thus rejected the criticism of the decisions adopted this Thursday in the Governing Council and has stressed that the agreements that are taken to deal with covid-19 are proportionate to the situation of each island and follow the recommendations of the scientific committee that advises the Government on this matter, as well as the General Directorate of Public Health.

Likewise, he stressed that if a confinement of 15 or 20 days were applied, the situation of infections by covid-19 would improve, but this would mean “a second economic bankruptcy”, for which he has defended the search for a balance between “health and normality”.

He insisted that in the Canary Islands “things are being done well” to face the pandemic, despite the rebound in cases that has occurred as a result of the Christmas holidays, as supported by the data compared to the rest of the autonomous communities.

He reiterated that after the agreement adopted this Thursday by the government council, always following the criteria of the scientific and public health committeeDepending on the evolution of the two capital islands with the largest population, it will be decided tomorrow Saturday if Gran Canaria, starting this Sunday night, goes from level 2 to 3, and if in Tenerife given the improvement that has achieved is lowered from 3 to 2.

Since this Friday it has become effective in Lanzarote, where the notable increase in incidence has led to this tightening of restrictions.

It has also hardened into Fuerteventura, which was at the most favorable level, has passed to level 2 for the same reasons as the island of Conejera. La Gomera, on the other hand, it has managed to descend to level 1, where it also remains El Hierro and La Palma. These level changes will last, at least, until next January 28. For its part, Tenerife It will remain at level 3 until the Government decides in the session this Saturday if it is possible to pass to level 2.

The leader of the regional Executive has advanced that next Sunday, January 17, the second doses of the Pfizer vaccines, which began to be administered on December 27.

In this sense, he explained during statements to journalists that until the night of Thursday, January 14, 33,639 doses of said vaccine had been given to groups I – people in residence and social health personnel – and II –Canarian Health Service (SCS) staff– of the 44,040 doses received.

In this regard, he pointed out that in group I, 92 percent were vaccinated yesterday, “All residents, a small percentage of workers remained”, and in group II about 60 percent, for which they stated that more than 17,000 people have been vaccinated in residences and 18,061 of the Canary Islands Health Service (SCS), who recognized their work.

In this way, he pointed out that when it concludes this Friday it will be “close to or very close and even above” 40,000. For this reason, on Sunday, January 17, the second dose will begin to be administered and the “100 percent of the first dose” will be completed.

Given this, Torres defended that the vaccination plan in the Canary Islands “meets your goals”. He added that as of Monday, January 18, new vaccines will begin to arrive and the next group will begin.