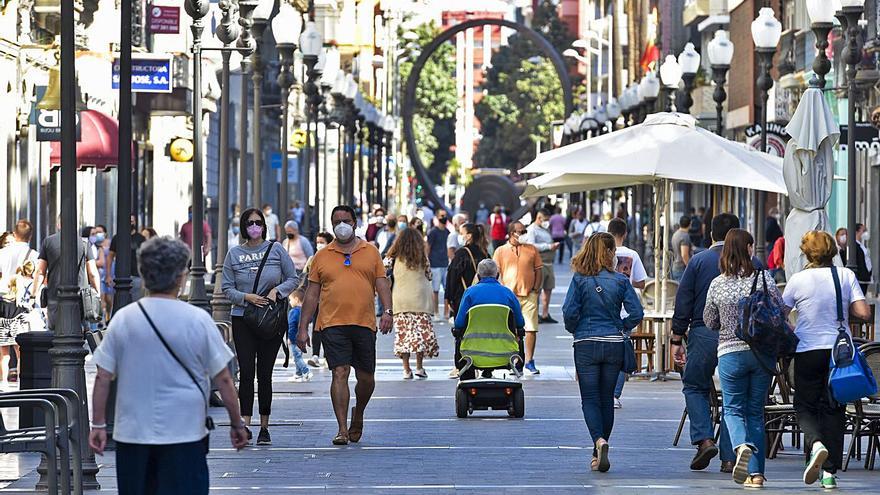 The Archipelago registered 117 infections yesterday, one of the lowest figures of the week, after last Monday the detection of 114 new positive diagnoses was reported. With the latter, the general calculation of the autonomous community stands at 52,838. Until yesterday, in the Canary Islands there were 3,553 people affected by the pathogen. This represents 57 more compared to the previous day, when 3,496 were recorded.

With 1,207 active cases, Santa Cruz de Tenerife is in the lead as the municipality with the highest presence of the virus, since 34% of the total infected in the region are concentrated in its territory. Behind is Las Palmas de Gran Canaria, where the paintings in progress are 921, followed by La Laguna, with 565; and Arrecife, with 108. The rest of the towns have less than a hundred sick citizens.

On the contrary, in the autonomous community 48,556 people have defeated the virus since the outbreak of the pandemic. Of these, 60 received medical discharge in the last 24 hours. Also, throughout Saturday 2,434 PCRs were carried out in the Archipelago. With them, there are already 1,056,655 tests that have been run for more than a year. According to updated Health data, of these tests, 56,342 have had a positive result –which represents 5.33% positivity in the samples taken–.

With respect to the 117 new positive cases, 65 of them were located in Tenerife, which already adds up to a total of 22,812 accumulated cases and 2,308 epidemiologically active cases. In Gran Canaria the tables in progress are 1,018, after the Island added another 39 infections that place its general count at 21,679.

Lanzarote recorded five new positive diagnoses that raise the overall figure to 4,967 and that of assets to 114. For its part, Fuerteventura registered two infections and with them, there are 54 since the arrival of the pandemic. There are 54 people on the island who are still infected with SARS-CoV-2.

La Palma, which did not add new cases last day, maintains its accumulated at 531 and its assets at 34. In El Hierro six infections were detected in the last 24 hours, so its general count stands at 362, although there are 24 citizens who are still affected by the virus. Finally, La Gomera did not add new positive diagnoses either, so that its accumulated remain at 228 and its assets at one.