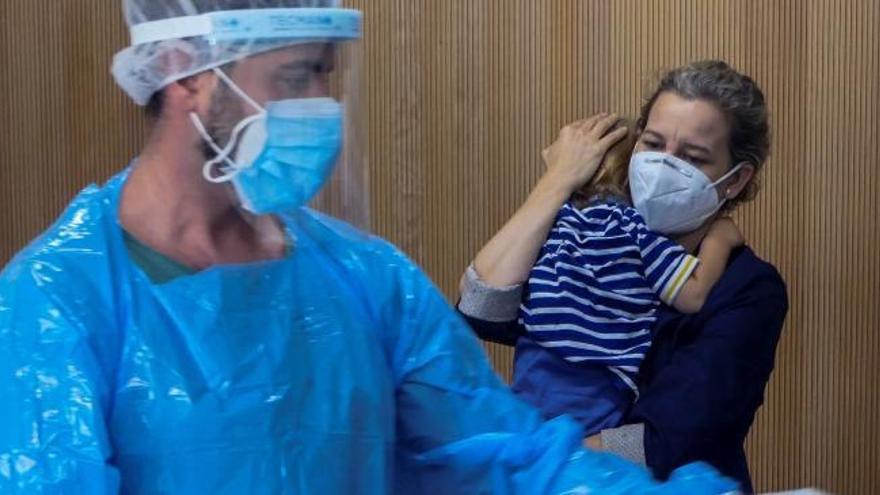 The epidemiological situation of the Canary Islands remains stabilized. The data of the last weeks point to a stagnation in the number of infections, which remain slightly above a hundred each day. In the last 24 hours, the Archipelago has added 132 new cases of Covid-19Therefore, the total number of accumulated infections since the beginning of the health crisis is 15,693. In this way, the number of infections has increased by 0.84% ​​compared to Friday. In the seven months that have passed since the pandemic was decreed, The virus has affected 0.73% of the population of the Islands, that is, 729 inhabitants out of every 100,000.

Yesterday there were six deaths to mourn in the autonomous community, five of them in Tenerife and one in Gran Canaria. The deceased were between 72 and 87 years old and, according to the Ministry of Health, all suffered from some previous pathology that was complicated by contracting the virus. Since the first death was confirmed in the Canary Islands as a result of SARS-CoV-2 –on March 13– 258 people have lost their lives fighting the virus in the region.

There are currently 6,512 active cases in the Archipelago. The island that is experiencing a more delicate situation is still Gran Canaria, with 3,457 active infections, followed by Tenerife, where there are 3,053. The records in the rest of the Archipelago are very different, since Lanzarote only has 57 active cases; Fuerteventura with 40; La Gomera with eight; El Hierro with five and La Palma with four.

The number of hospitalizations it has decreased slightly in the last 24 hours. In total there are 51 people admitted to intensive care units (ICU) – one less than the previous day – and another 219 are being treated at the plant – twelve less than on Friday. The rest of the people with an active infection at this time –6,355– remain isolated in their homes, under close medical surveillance. Gran Canaria is the island with the highest hospital pressure, since there are 19 patients in the ICU and 121 in the ward. In Tenerife the situation is similar, with 26 people hospitalized in critical care and 90 in the ward.

The positive data always comes with the registration of the epidemiological discharges. In the Islands there are 8,870 people who have already overcome the disease. This means that 56.5% of those affected by the virus have won the battle.

Until yesterday, the Canary Islands Health Service had carried out a total of 435,459 PCR tests (polymerase chain reaction, for its acronym in English). Last Friday 6,778 tests were carried out, so that the percentage of positivity of the tests stands at 1.9%. If you adhere to the standards of the World Health Organization (WHO), a positivity rate above 5% means that the disease is spreading uncontrollably. So it can be said that the expansion of Covid-19 in the Archipelago is contained.

Respite for the hospitality industry

Gran Canaria, Fuerteventura and La Gomera have gone green today. In this way, the entire Archipelago –except Tenerife, which will continue on a red light until next Friday, October 23–, leave behind the most restrictive measures. With the change to the green traffic light, hotel, restaurant and terrace establishments, as well as beach bars and restaurants, will be able to extend their closing hours by one hour, until 01:00, although they cannot admit new customers from 00:00 hours.

The limitation of the number of people in social gatherings becomes a recommendation, but the Ministry of Health advises that each person define their group of stable coexistence and that social meetings take place, within this group, with a maximum of ten people. In addition, non-occupational day centers will be able to reopen their doors and regain activity.

To advance the traffic light system of the Government of the Canary Islands, the decrease in cumulative incidence (AI) at seven days. Specifically, the Archipelago has an AI of 36.27 cases per 100,000 inhabitants. This figure is the lowest in the entire national territory, since in communities such as Navarra (498.31), La Rioja (262.94) or Aragón (247.18) the spread of the virus is being more aggressive.