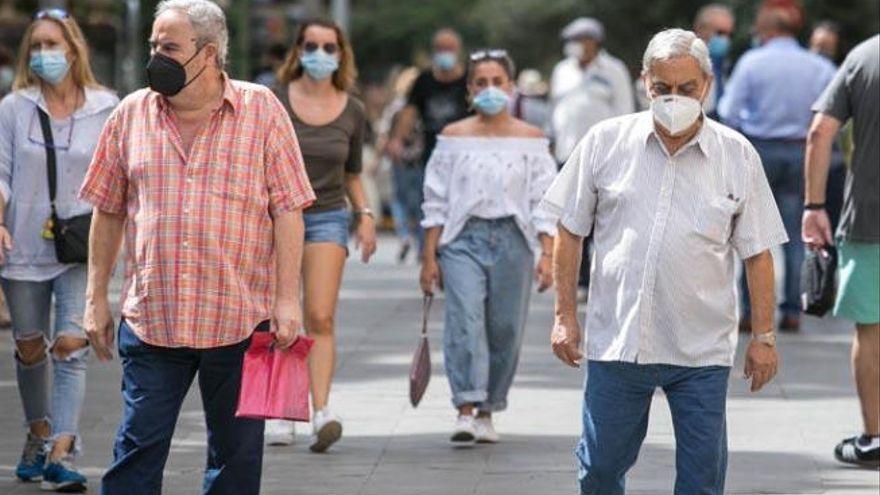 64.6 percent of people residing in the Canary Islands (two out of three) have a positive opinion about their health, but this is the lowest rate in the country, eleven points below the mean, according to data from the National Institute of Statistics (INE) published this Monday.

The pandemic has not negatively influenced perception that Spaniards have about their state of health, in fact, in the last year almost eight out of ten (75.5%) considered it to be good or very good -about five points more than in 2014- a figure that stood at 78.3% in the first months of the appearance of the virus.

This is clear from the European Health Survey in Spain (EESE 2020 published this Monday by the INE, prepared from July 2019 to the same month of 2020 and, specifically, collects some disaggregated indicators of the period prior to the pandemic (July 2019- February 2020) and the first months of the virus (March 2020-July 2020).

In the context of the pandemic, the percentage of people with an assessment of their very good or good health status increased compared to the period prior to the coronavirus (78.3% compared to 74.3%), while those with an negative perception decreased (5.5%) compared to the previous months (7.8%).

According to the survey, the decrease in lack of interest or joy in doing things and the The increase in people with a feeling of decay affected all age groups.

Sleep problems increased since the coronavirus reached Spain and affected 21.2%, a percentage that was 19.2% in the months prior to the pandemic.

9.3% of men and 12.4% of women received care from the family doctor in the last four weeks prior to the interview during the first five months of the pandemic, which represents a decrease compared to the months prior to the virus (21.1% and 29.2%, respectively).

If all the months of the survey are taken into account, 75.5% of Spaniards considered that their state of health is good or very good and it is men who perceive that they are better (79.3% compared to 71 , 9% of women), a sensation that generally diminishes with increasing age.

The data show that 19.5% of Spaniards 65 years and older had difficulty performing some basic activity of daily life such as eating, washing, dressing, sitting or getting up, a higher percentage in women (24.3%) than in men (13.3%).

Difficulty in carrying out basic activities of daily life increases with age.

And the percentage of the population aged 65 and over with functional dependence decreased compared to 2014: 19.5% compared to 20.7%.

Obesity affected 16% of the population over 18 years of age and overweight 37.6%.