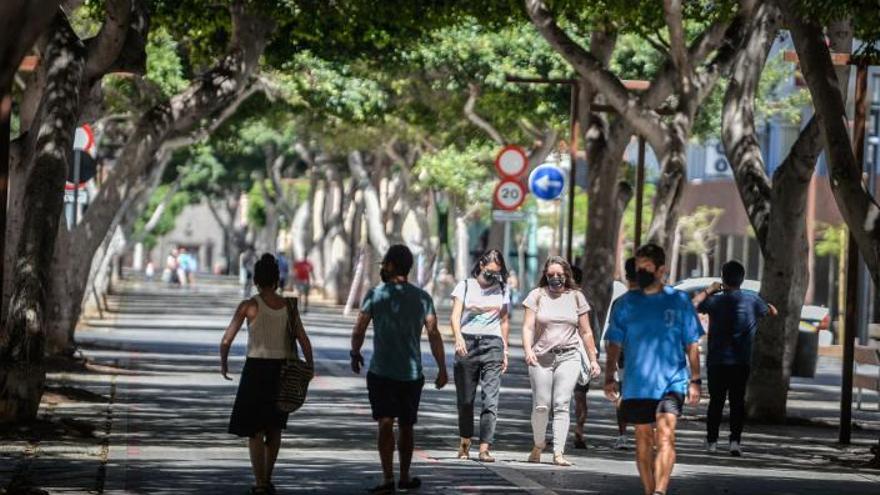 According to data released by the Regional Executive’s Health Council, the Archipelago added 70 infections of the pathogen among the population this Sunday, which represents the lowest daily figure since last November 3, when 62 new cases were notified. It should be noted that, for the third consecutive day, no new deaths related to the effects of the virus were found, so the death count remains at 766.

60.9% of the people suffering from the SARS-CoV-2 infection in the Canary Islands are located in Tenerife, which brings together 1,121 affected. In the region there are 1,841 patients with covid.

Since the last balance, only 49 new epidemiological discharges have been issued in the Canary Islands. With these, there are already 53,665 people who have managed to overcome the pathology in the Archipelago. The municipality with the highest number of registrations is Las Palmas de Gran Canaria, with 19,115; followed by Santa Cruz de Tenerife, with 10,773; La Laguna, with 6,557; Arrecife, with 4,872; and Puerto del Rosario, with 1,463. The rest of the localities are below the threshold of one thousand.

Of the 1,841 patients with covid that are currently in the community, 1,594 pass the disease at home because they remain asymptomatic, paucisymptomatic, or experience moderate symptoms. However, in hospitals there are 206 patients admitted to the ward – one less than the day before – and 41 in intensive care units – the same figure remains.

During the celebration of Canary Islands Day, the vaccination activity continued in the massive inoculation points and in the university hospitals of the Canary Islands Health Service (SCS). Today, the health administration will communicate the number of injections administered during the weekend. As of Friday, the nursing staff had already managed to inoculate 1,052,049 doses of the sera, which has allowed 326,023 people to complete the regimen.

Until yesterday, the cumulative incidence at seven days seen was located at 32.91 cases per 100,000 inhabitants, while that of the last 14 days is 74.63 on the same number of people.

Since the beginning of the health crisis, 1,134,236 Polymerase Chain Reaction (PCR) tests have been carried out, of which 2,495 were performed last Saturday. Of the total, 5.24% –59,406– have revealed a positive diagnosis in the condition.

The summons does not disclose the vaccine

The information regarding the appointment to access the sera against Covid-19 does not reveal the vaccine to be received, so the fact that it appears in the description “Unique vaccine”, when consulting the requests to Through the website of the Canary Health Service or the application miCita previously, it does not mean that Janssen is the assigned compound. It is an episode that is generating many doubts among the population, so the Ministry of Health clarified yesterday that users will receive the indicated prophylaxis for each age group and that the groups for which more than one option is contemplated will know the name from the laboratory where your dose belongs on the day of the appointment. In reality, the message “Single vaccine” refers to the treatment indicated to protect people against this particular infection. |