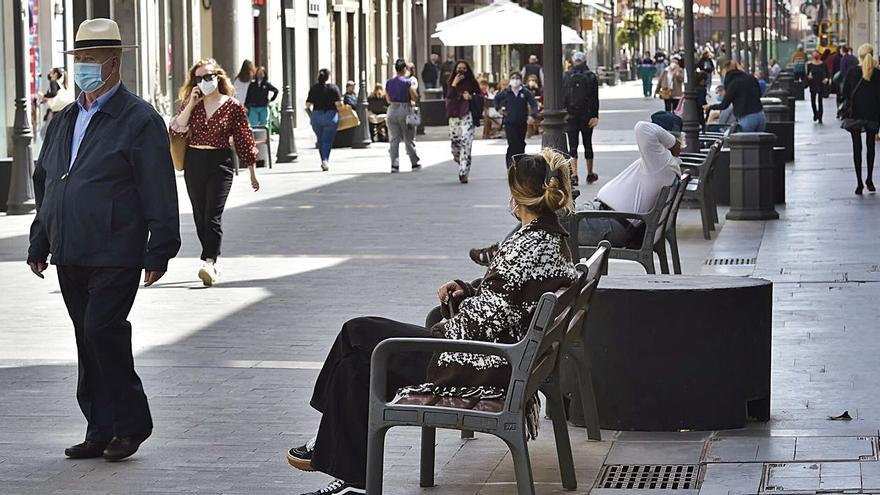 As clarified yesterday by the Regional Executive Health Council, today the possibility of administering the second dose of this compound to essential groups that had already received the first will be studied in the Public Health Commission, as recommended by the European Medicines Agency. (EMA) since last Friday.

The truth is that the inoculation with this product has had several changes and came to be paralyzed due to some thrombotic episodes having been registered in patients aged less than 60 years. Finally, when the EMA endorsed its safety, the Commission decided to allocate it to people between 60 and 65 and, from April 8, extend the age range to 69 years.

The Basque Country confirmed yesterday its first case of a thrombotic event, that of a 57-year-old woman who is admitted to Vitoria in an induced coma, after having agreed to a dose of the drug. The Spanish Medicines Agency is investigating the event.

As for Janssen, it should be noted that the health administration announced this Wednesday that only 5,800 units of this single-dose serum will arrive this week in the Canary Islands, instead of the expected 11,500.

Taking into account the data managed by Health, until last Tuesday 157,205 people had completed the vaccination schedule in the Archipelago, 8.4% of the target population. According to the report released by the Ministry, the Canary Islands is the ninth region with the highest number of people already immunized in this campaign. In the Islands, 589,205 doses of the vaccines had been administered up to that day.

It should be noted that in the course of the last week, the autonomous community has registered 92 outbreaks of coronavirus, affecting 500 people. Of the total reported outbreaks, 53 have occurred in Tenerife; 32 in Gran Canaria, two in Fuerteventura; two in Lanzarote; and three on La Palma, where one of them has had a branch in Lanzarote.

By area, 45 fall within the family environment; 17 in the social context; 17 at work; eight in the educational one; three in sports - in gyms in Gran Canaria and Tenerife -; and two in socially vulnerable groups.

In general, all have less than a dozen associated cases, with the exception of the one mentioned in La Palma, with branches in Lanzarote –of socio-family origin–, which brings together 15 infections; another of educational origin on the same island, with 13 cases; one detected in a gym in Tenerife, with 13 others affected; and a work center with family branches in Gran Canaria, with 12 people infected by the pathogen.

In addition, this Wednesday, the Canary Islands added 132 clinical pictures among the population and one death linked to the complications of the virus. The deceased, a 46-year-old man, suffered from previous pathologies and remained admitted to a hospital in Tenerife.

Until yesterday, in the hospitals of the Canary Islands there were 277 patients occupying an acute bed due to the effects of Covid-19 -18 less than on Tuesday- and 70 one of critics - three less-.

Right now, the cumulative incidence at seven days seen in the community is 49.96 cases per 100,000 inhabitants. The indicator was not below 50 frames since February 22.

The Canarian Council of Bar Associations (CCCA) claims the need to consider this professional group as essential and at risk and, therefore, to proceed with their priority vaccination. In a letter, the group points out that, at this point in the inoculation process, "it is time for the public defender, as the Basque Government, among others, has come to recognize with such a gesture." Given this, the professionals ask the Government of the Canary Islands to request that this demand be studied "in the next Public Health Commission and in the meeting of the Interterritorial Council that will follow." | LP / DLP