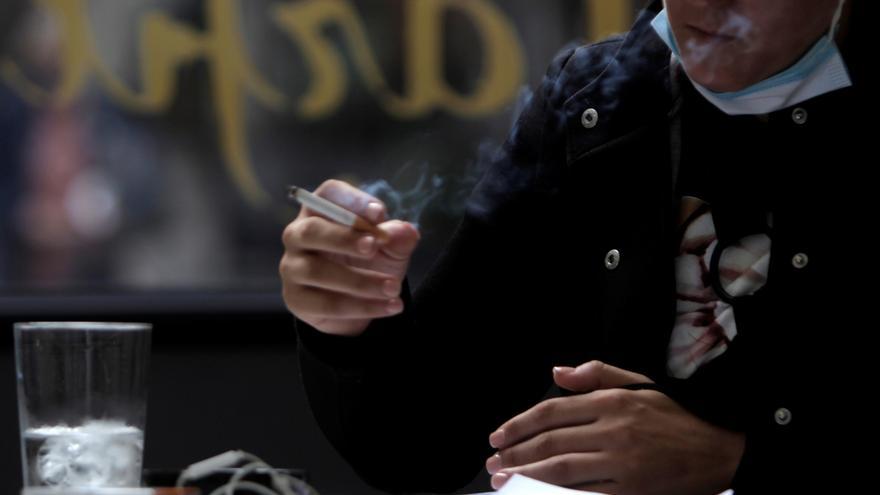 The Canary Islands have joined Galicia and will become the second community to implement a ban on removing the mask to smoke on public roads, including terraces, when there is no safety distance. In Galicia, the measure, that generates doubts among experts due to the lack of scientific evidence in this regard, It went into effect last midnight.

The Canarian president, Ángel Víctor Torres, has stated that smoking will not be allowed in open spaces if distances are not maintained and has sent a message to young people: “They are not invincible, anyone can end up in a hospital and die.” Another six territories are studying taking the same measure: Cantabria, Castilla-La Mancha, Valencian Community, Asturias, Aragon and the Community of Madrid. Meanwhile, in Andalusia, the Minister of Health, Jesús Aguirre, has pointed out that he does not see much “remarkable scientific significance” to the measure, but has asked the health technicians to carry out a study survey to find out evidence in this regard.

In Cantabria, its vice president, Pablo Zuloaga, has indicated the possibility of implementing the rule at the end of the weekly meeting of the regional executive. He has clarified that during the Governing Council they have limited themselves to putting this option on the table, but there is still no decision taken in this regard. This measure would be added to other more widespread throughout the national sphere such as the mandatory use of the mask and others that have been taken to curb infections among young people, such as limiting the hours of nightlife until two in the morning.

In Castilla-La Mancha, Vice President José Luis Martínez Guijarro has acknowledged that also This possibility is being studied by the regional government in order to stop the spread of the virus. To questions from journalists, he said that this measure “should be studied to be implemented at the national level”, since in his opinion it may be a “positive” measure to stop the virus that health professionals in Castilla-La Mancha are already “studying with experts ”.

The Valencian Community government has indicated that the measure is being taken into account by those responsible for the Ministry of Health, according to EFE, who believe that it may have positive effects. In the Community of Madrid, the counselor Enrique Ruiz Escudero has declared that he fully agrees with the measures that imply not smoking in public places and, therefore, is willing to apply this prohibition “without any doubt”.

Asturias doubts about the competences to make the decision

The Asturian Government is evaluating “with prudence” the possibility of banning smoking on public roads depending on how the covid-19 pandemic evolves and from a legal perspective to define “to what extent” that decision could be made from the field competence of the Principality. This was stated at a press conference by the Minister of Social Rights and Welfare and spokesperson for the Executive, Melania Álvarez, who has stressed that there are studies and health reports that support that decision “and others not so much” and that it would be necessary to study their legal fit “and to what extent” Asturias would have the possibility “of fitting that measure”.

The Minister of Health of Aragon has also pronounced on the decision of the Xunta de Galicia to ban smoking on public roads to stop contagion, a measure that “is not ruled out”: “We are evaluating it like all the measures of other communities autonomous ”, he clarified.