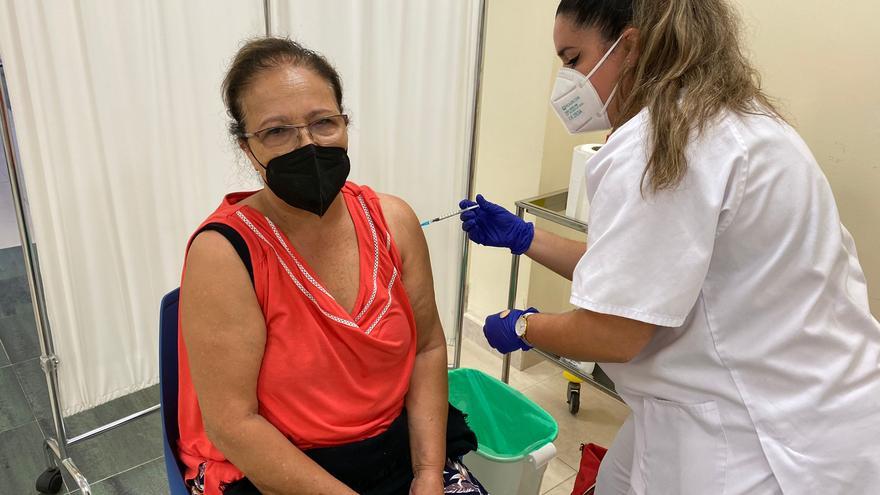 In addition, only during the day of yesterday, Friday, April 9, 16,054 doses of some of the vaccines were administered, despite the change in the vaccine schedule for AstraZeneca and the immediate reorganization of the agendas that led to the decision of the Ministry of Health. Of these 16,054, 11,323 were from Pfizer, 749 from Moderna and 3,982 from AstraZeneca.

Until yesterday, the immunization of 117,530 people had already been achieved in the Canary Islands who have already received the two doses of the vaccine, which represents 6.28 percent of the target population. (1,871,033 people).

The vaccination teams of the Canary Islands Health Service this week reorganized the agendas, adapting them to the change in the administration schedule of the AstraZeneca vaccine that is now indicated for the population over 60 years of age. In this sense, it must be remembered that it was already being administered to the population between 60 and 65 years old and now it extends to 69 years, as agreed yesterday by the experts of the Vaccine Commission.

Until yesterday, in the Canary Islands, the number of people already immunized exceeded the number of accumulated cases of COVID-19 by 68,587 people.

In this sense, the Ministry of Health highlights that, despite the limitation of the administration of the AstraZeneca vaccine only for people between 60 and 69 years old, no rejection of this drug has been noted among the Canarian population included in this range old.

It should be noted that group 4, that of large household dependents, is 86.66 percent immunized with the two doses.

Go to the appointment for the vaccination

The Ministry of Health recalls the importance of attending the summons to receive the COVID-19 vaccine, since the calendar is organized according to the available vaccines and the target population to be vaccinated at all times, so any cancellation or no-show can lead to a mismatch in plans. The appointment is made by SMS or by phone call.

With the aim of increasing the vaccination spaces and capacities in Gran Canaria and Tenerife, in addition to the health centers of the islands, the devices enabled in the four university hospitals of Gran Canaria and Tenerife: the Insular de Gran Canaria, Dr. Negrín, La Candelaria and the HUC; in addition to the Hospital del Sur de Tenerife and in the Primary Care managements of both islands. Likewise, in Gran Canaria there is the Expomeloneras enclosure and in Tenerife the Las Madres citizen center, in La Laguna, and the Casa del Emprendedor Fairgrounds, in Los Realejos. These last two points will serve the residents of the basic health areas of La Laguna, Finca España, La Cuesta and Taco, while those of Los Silos, La Guancha, Icod, Los Realejos, will be cited in the second.

Group 3A. Hospital and PC personnel not considered in group 2. Dentistry, dental hygiene and other personnel.