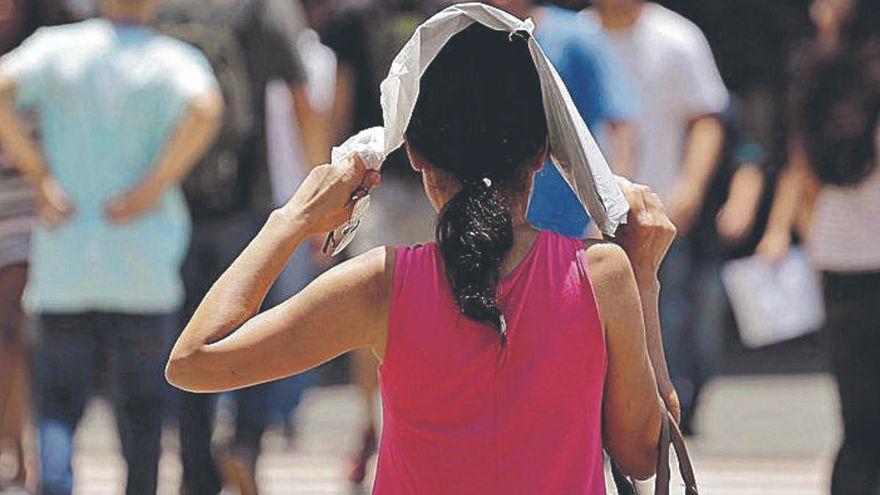 The Ministry of Health of the Government of the Canary Islands, through the General Directorate of Public Health, has activated this Monday, June 1, and until September 15 the Plan of Preventive Actions of the Effects of Excessive Temperatures on Health, which includes the necessary measures to reduce the effects on people's health associated with excessive temperatures, as well as to coordinate the institutions involved, activating the archipelago's health care system for emergencies.

This Plan, which has coordinated since 2004 the General Directorate of Public Health, pick up a epidemiological surveillance system of the impact of high temperatures on the health of the population coordinated with the assistance and emergency centers of the Canary Islands, as well as the warning to these centers and the affected municipalities of the anticipation of alert situations, as reported by the regional Executive in a press release.

In addition, Public Health will provide information to the media to provide useful advice and practical measures to prevent the effects of exposure to high temperatures, which will also be disseminated through the social networks of its digital channel www.canariasaludable. org.

In this way, it is intended to increase the individual prevention capacity to face the heat by applying measures that are easy and accessible, since it is a plan aimed at the entire population and especially designed for the population groups most vulnerable to intense heat, such as they are the elderly, children and people with chronic diseases.

On the other hand, it states that from a social point of view, marginalization, isolation, dependency, disability, the living conditions of people with fewer resources also pose risk factors that "make even more vulnerable" to groups that , precisely because of their socio-economic conditions, "they should be more supported."

Specifically, all hospitals and the Canary Islands Emergency Service (SUC) have specially designated and trained personnel to deal with and coordinate "effectively" the services in the event of a possible heat wave, as well as the established communication channels.

Risk levels due to high temperatures

On the other hand, it explains that for a health hazard warning for heat Strictly speaking, maximum and minimum temperatures must be reached simultaneously, this is what is known as temperature thresholds, which set the temperature each year Meteorology Statal Agency.

In relation to this, for the two Canarian provinces the temperature threshold is 32 degrees maximum and 24 degrees minimum, and in response to this, the Plan for the Prevention of the Effects of High Temperatures on People's Health establishes four different levels risk to health, depending on the expected temperatures and their duration in time.

Thus, when maximum and minimum temperatures planned do not reach the established threshold, it corresponds to the Zero Level or absence of risk (which is represented by the color green); While Level One or low risk (yellow) is activated when the weather forecasts point to temperatures equal to or higher than 32 maximum and 24 minimum (in the case of the Canary Islands) for one or two days.

Finally, they point out that in a situation of maximum temperatures, the Government of the Canary Islands can activate this Plan for the Prevention of the Effects of High Temperatures on People's Health, with a health risk warning, as well as its Specific Plan for Civil Protection and Emergency Attention of the Autonomous Community of the Canary Islands for Risks due to Adverse Meteorological Phenomena (PEFMA), by declaring an alert due to a risk situation for the population, property and the environment.