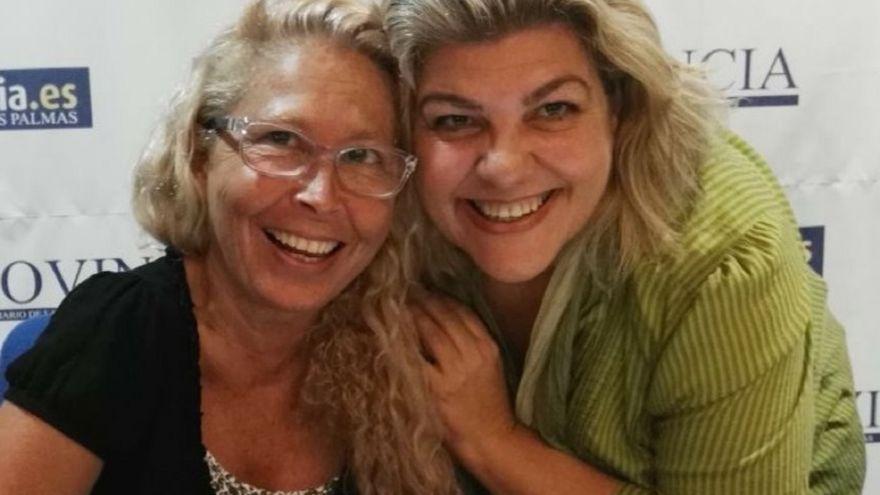 The Las Palmas de Gran Canaria Book Fair has reserved a space exclusively for Canarian literature with a presentation every half hour until almost 70 island works are released from October 7 to 12 in the Parque de Santa Catalina.

'Regulatory soul', by Alexis HB, will be the play in charge of kicking off this marathon tent on Thursday 7 at 5 p.m. with the story of a Cuban who is murdered in a parlor, a case that falls on Vienna, which has a good name on the street and a bad reputation elsewhere.

Vienna had no idea of ​​the true scope of the matter, since the corpse will face the two largest criminal organizations on the island: the pimps from the East and the hegemonic NG, an indigenous gang that deforms local tradition and folklore to generate an idiosyncrasy criminal without references. The search for the culprit leads to a plot that unfolds like a carnivorous plant.

Laura Verone will follow with 'Meraki', a plot that arises when the reckless use of genetic engineering causes an irreparable effect on the DNA of the human race. To alleviate the consequences, there is Meraki, an island divided into sectors whose purpose is to host mutants who do not fit into ordinary society.

Sethlas is a worker of the lowest stratum and the mysterious Aure belongs to the most advanced and elitist sector. The encounter between the two will unleash intense feelings, but also their greatest fears, and will lead them to discover a dark secret that threatens the lives of everyone on the island.

'From a country on fire' It will be another of the works that will be released during Continuous Session by the hand of its author, Javier Hernández, who portrays the labyrinth of a Canary Islands built from the spheres of power, where a clear conscience is a sign of bad memory.

The work ties together two axes: political corruption and an investigation that advances in a present beset by the history, myths and geopolitics of the archipelago. Step by step the reader is inserted into a devilish epic in which its protagonist faces a point of no return where the narrative lines come together in a dazzling spark.

From a country on fire The province

Ángeles Jurados will be the next with her 'Micropsies', in which it offers micro-stories that have been accumulated in blogs, other publications and word files that have been purged, pruned and corrected a thousand times. They reflect little bits of the universe, sometimes complete minimal universes, which can even fit in just two sentences.

The public will also know 'Blind Hook' by Antonio Flores Page, who has written the crime novel that the Port area of ​​the city deserved, says Alexis Ravelo. The ports are the most dangerous places on the planet, an underworld that is in any European coastal city just by going through the access control you abandon the orderly life of the first world to enter a wild independent state. To survive in it it is necessary to know it and, above all, to respect it.

'Reading Jane Millares' is the work that Maite Martín and Martina Villar will present, a book that is loaded with identity, dignity and respect, which more than anything distils an enthusiasm and admiration essential to understand the work of Jane Millares, full of visceral passion and instinct.

Wait for me in Gran Canaria

José Luis Guijarro Ríos, novelist and founding member of the New Canarian Writers Association, NACE, will present 'Wait for me in Gran Canaria', while Battaglini will present 'Other Bonfires', an internal and external journey against the current in which he defends the right to sustainable solitude, escapism and the surprises of routine, is a succession of places and people as heterogeneous as they are recognizable: the world we step on.

'The clan of eight' is the work that Eva Fernández Díaz will present, which raises the question of what to do if one had an extraordinary gift out of control, while Romina Naranjo will announce 'Sew and sing', a work starring Elena and Israel, who are not alike at all, were not destined or to cross paths, but falling again and again in their passion is sewing and singing.

On 'The last stop', Miguel Aguerralde will present Damián, a sullen and taciturn driver closed in on himself since the death of his wife who wants to give his daughter the best birthday present, dolls even more real than those he has made for her up to that moment. The point is that the number of missing people in the city multiplies and Matt, a policeman as broken in piece as he investigates, will be in charge of finding out why.

One after another every half hour, the presentations will not stop until Tuesday, October 12 with Estalellla Limiñana with 'In addition to the ball José', and Eusebio Cabrera and his 'Songs for singers', which will put the finishing touch to this Continuous Session that will demonstrate the excellent health enjoyed by Canarian literature.

The Book Fair of Las Palmas de Gran Canaria has the support of the City Council of the capital of Gran Canaria, the Cabildo de Gran Canaria and the Government of the Canary Islands from the Canarian Institute for Cultural Development and the Elder Museum, Casa África and Cadena Cope, and it is already heating its engines to offer an intense program of more than 175 presentations for all ages and all tastes.