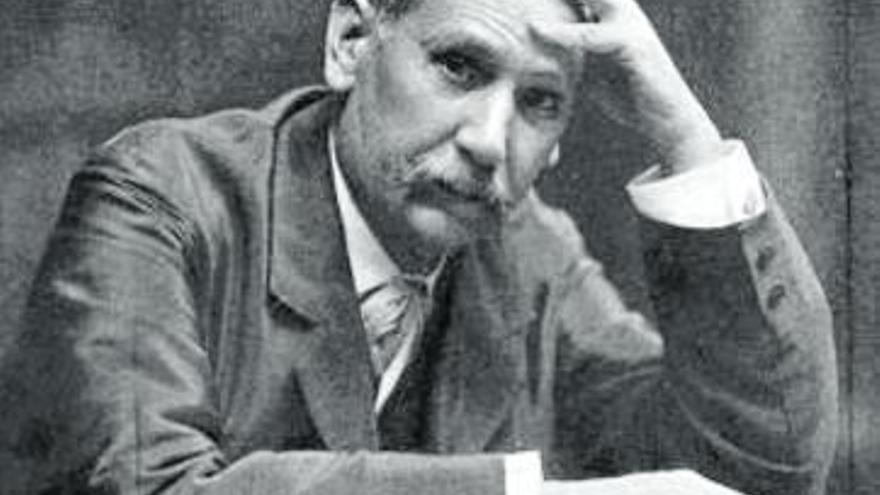 Cabrera and Felipe began to feel attracted to Physics by participating in the social gatherings that were organized daily at the Café Suizo in Madrid under the tutelage of Ramón y Cajal. Before being elected academic of the RAE, he was president of the Spanish Society of Physics and Chemistry (1916-1923) and the Royal Academy of Sciences (1934-1938). Republican convictions, Lanzarote was one of the many privileged minds who opted for exile during the glory days of Franco.

The Gran Canaria Benito Pérez Galdós (1843-1920) did not have an easy time taking over the N. His shyness and, above all, his ideological positions aborted his arrival at the Royal Spanish Academy on different occasions. Finally, the tenacity of Marcelino Menéndez Pelayo won the pulse of his great enemies and the canary was “blessed” on February 7, 1897, twenty-three years before the death of the author of Los Episodios nacional. He had previously been boycotted as a possible winner of the Nobel Prize for Literature. Pérez Galdós took more than twelve years to take office in the RAE.

The academic Félix de Azúa, current “owner” of the H, commented in January 2020 that “we can still amend the blindness of the leaders of that time in this centenary,” exalted the philosopher and writer from Barcelona next to the Madrid tomb. buried in the Almudena– of a creator that many position in a place located almost on the same plane as Miguel de Cervantes.

His public political ups and downs, from his liberal origins and subsequent approach to a somewhat lukewarm republicanism and the socialism of Pablo Iglesias, delayed an acknowledgment that history has managed to readjust with the unequivocal reward of being one of the most widely read Spanish-language novelists in the world. world.

Two other people from Tenerife, Juan de Iriarte and Bernardo de Iriarte, settled in the Royal Spanish Academy long before Blas Cabrera and Felipe and Benito Pérez Galdós. The former took possession of the letter Z on September 21, 1947. His merits grew as royal librarian and head of the manuscript section. Juan de Iriarte (1702-1771). Among other royal duties, he was assigned to be a translator of French and Latin in the Secretary of State and Universal Office. Despite his Tenerife roots, he made a career in Madrid and was also a member of the San Fernando Royal Academy of Fine Arts. An outstanding student of Voltaire, the bulk of his training was acquired in Paris and England.

Nephew of Juan de Iriarte and older brother of the playwright Tomás de Iriarte, Bernardo de Iriarte entered the RAE on November 22, 1763, that is, half a century after its foundation. His profile is imminently political and among his friends were the Count of Aranda, the Marquis of Grimaldi, the Count of Floridablanca and even Godoy. In his service record, full of promotions, highlights the position of Minister of Agriculture, Commerce and Navigation and Overseas Possessions. Before that, he fulfilled his obligations as a statesman as secretary of the Spanish Embassy in London, supreme minister of the Council of the Indies or member of the Board of Trade, Currency and Mines.

Canar (i) thus, then, could not “recover” yesterday the i that Blas Cabrera and Felipe set free: the wait that began on August 1, 1945 continues open.