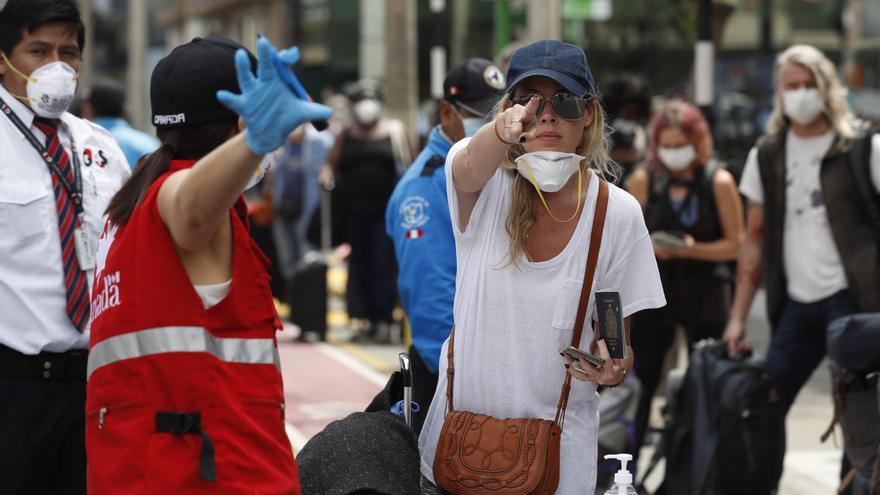 Toronto (Canada), Feb 1 (EFE) .- Canada will tighten restrictions on entering the country in the coming hours and to discourage international travel, it will force people arriving from abroad to quarantine in hotels approved by Canadian authorities in charge of travelers.

The measure, which was anticipated on Friday by Canadian Prime Minister Justin Trudeau, could take effect on Thursday, local media reported.

Canadian authorities have explained that those who test positive will have to isolate themselves for 14 days in government-designated facilities. Those with negative results will be able to complete the 14-day quarantine at home.

In addition, all international flights arriving in Canada from Thursday will only be able to land at four airports: Montreal, Toronto, Calgary and Vancouver.

The authorities of the province of Ontario today began to require international travelers arriving at Toronto airport, the busiest in Canada and one of the most important in North America, to undergo a test for covid-19.

Individuals who refuse to take the test will be fined 750 Canadian dollars (585 US dollars). Figures from Ontario indicate that only 1.8% of all COVID-19 cases in the province are caused by international travel.

Since Sunday, the suspension of flights between Canada and Mexico and the Caribbean, two of the most popular tourist destinations for Canadians during the winter months, is also in effect. The measure will continue until the end of April.

Canadian Transportation Minister Omar Alghabra revealed on Sunday on Canadian public radio, CBC, that Ottawa was considering suspending all international flights, instead of just those with Mexico and the Caribbean, but the government decided not to do so so as not to damage the arrival in the country of products and services considered essential.

Canada has kept its land border with the United States closed since the start of the pandemic and only allows essential citizens, residents and workers to enter the country, such as truck drivers transporting products considered necessary for the country’s operation.