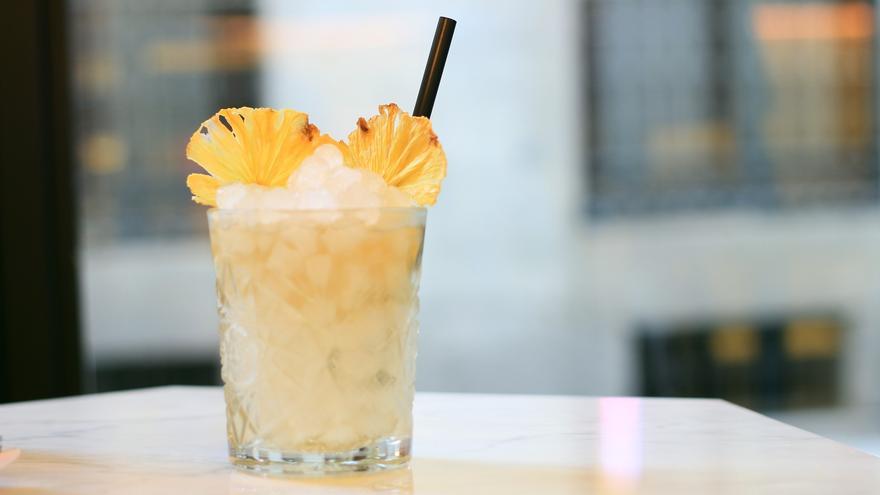 If I suddenly started talking to you about veisalgia, practically no one would know what I mean. But if I tell you that it refers to a series of symptoms that cause general discomfort due to excessive consumption of alcoholic beverages, I think everyone will understand that I am talking about a hangover.

The most common symptoms of a hangover are a feeling of nausea or inability to swallow due to dehydration of the gastric mucosa, intense thirst due to this same dehydration since alcohol is a powerful diuretic, heartburn, slight amnesia, pain in the stomach. head, muscle weakness and pain and dullness.

Obviously no one wants to suffer from all those unpleasant symptoms after having a lively party. But, despite the foreseeable damage, it does not seem that many are going to stop drinking because of these symptoms. That is why we do not stop looking for remedies.

Most of the remedies used against hangovers are based on treating symptoms. The headache is treated with pain relievers or anti-inflammatories. Dehydration with the consumption of many liquids, even alcohol. Antacids are for heartburn. And so we cover the damage that alcohol has been causing in the body.

Other so-called "cures" are based on ingesting substances that correct the metabolic ravages triggered by alcohol. This is the case of isotonic drinks, coffee or tea, but also a breakfast rich in carbohydrates and antioxidants.

Do Asparagus Speed ​​Up Alcohol Metabolism?

Practically everything we eat passes, in the first place, through the liver, responsible for eliminating toxins such as alcohol from our body. In fact, it is considered a powerful liver aggressor, main cause of fatty liver, cirrhosis, fibrosis and cancer.

The main enzymes that metabolize alcohol in the liver are two: alcohol dehydrogenase (ADH) and a form of cytochrome P450, CYP2E1. ADH oxidizes ethanol and produces acetaldehyde as a product. Acetaldehyde is also one of the main factors causing many of the hangover symptoms like increased temperature, heart rate, decreased blood pressure, nausea or headache.

On the other hand, acetaldehyde is highly toxic in the liver, but its cells contain another enzyme called acetaldehyde dehydrogenase (ALDH) that transforms acetaldehyde into acetate, which is much less toxic and can be metabolized into fats.

Therefore, any compound or food or supplement that increases the activity of enzymes that remove alcohol and acetaldehyde can be considered good for a hangover. That is the reason why, recently, he has begun to consider the use of probiotic bacterial strains to protect the liver from damage caused by alcohol. And the same has happened with asparagus, which contain bioactive compounds that reduce oxidative stress and increase the activity of ADH and ALDH.

Detoxification mechanisms and the key against hangovers

There is nothing special about all these studies. As mentioned before, one of the main activities of the liver is to eliminate potentially toxic compounds that accompany food.

Fruits and vegetables contain a large amount of substances that activate the detoxifying activity of the liver. It occurs because, in low concentration, these substances are considered by the liver cells as toxic, and it activates its enzymes to eliminate them.

We can consider that these compounds act as a kind of vaccine at the metabolic level that activates the systems to eliminate harmful compounds present in the diet. What in the jargon is known as hormesis.

For example, polyphenols and flavonoids, very present in vegetables, induce this type of response. Hence the recommendation to ingest extracts rich in these substances to treat hangover. Since vegetables also contain antioxidants, prevent oxidative stress produced by alcohol intake and liver damage.

Be that as it may, any massive and unbalanced intake of any substance, be it food or alcoholic beverage, produces liver damage that we must avoid. Alcohol is toxic not only at the liver level but also cardiovascular and neuronal, so its intake is totally discouraged.

If on top of that we maintain a diet poor in fruits and vegetables that reduces the activity of the protective systems of the liver, a hangover will be the least of our problems.

** This article was originally published on The Conversation for Guillermo López Luch, Professor of the Cell Biology area. Associate researcher at the Andalusian Center for Developmental Biology. Researcher in metabolism, aging and immune and antioxidant systems at the Pablo de Olavide University. You can read it here.