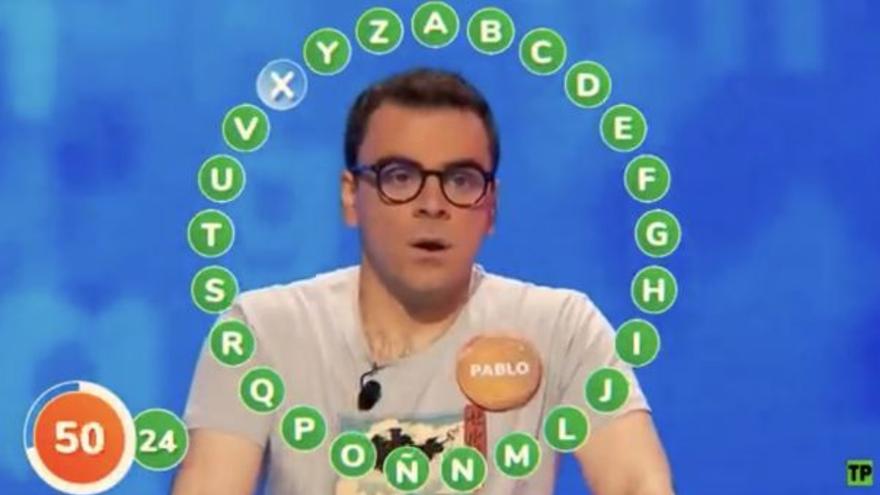 Pablo Diaz has become a star of television thanks to its irruption in Pass word. Of course, there is still a great detail to put the icing on his spectacular career in the contest of Antenna 3, and it is the achievement of the rosco, which has not yet been able to achieve.

Of course, several clues suggest that the canary could have won the grand prize of the program presented by Roberto Leal. The first would be a promo of the program itself, where it appears with El Rosco in 24 hits and 53 seconds. “Yes, we too have run out of breath. Very soon in ‘Pasapalabra”, it put in the tweet.

Even though the last time resulted in the failure of the last word on the part of Pablo Diaz, now another clue points to that he could have won it. And it is that Pablo Motos announced a surprise guest for next Thursday, Will it be Pablo Díaz after having obtained El Rosco of more than 1.7 million euros?

The other reason that the audience is on edge is the question of whether or not it will be a ploy to gain audience. The followers of the popular Antena 3 contest are already chastened. Last February on the show they made a practically identical play. With all the followers glued to the screen to see how good Pablo became a millionaire, there was a failure and the popular contestant did not win the jackpot.

Antena 3’s strategy was a hard blow from the audience, who took up arms against the network and the program. And it is that the wave of indignation ran like wildfire through Spain and there were many who threatened to make a full-fledged boycott of the contest.

Now, Pasapalabra’s followers are between nervousness and outrage. They do not quite get used to the idea that Pablo can take the millionaire boat that, surely, will change his life.

Pasapalabra is one of the star programs of Antena 3. Its rosco is one of the golden minutes of Spanish television. Although the production recently changed from Telecinco to Antena 3, its audience figures have not suffered. Neither because of the change of presenter. He went from Christian Gálvez, who had spent years reading the questions of the donut at full speed, to the popular Roberto Leal. The charismatic Andalusian presenter has managed to take over the program and is already one of the “Pasapalabra” family.