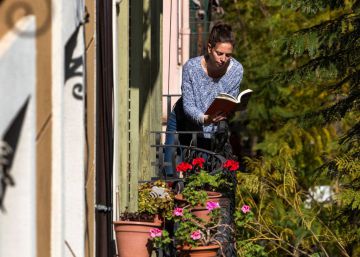 Companies are looking for solutions to avoid or, at least, mitigate the economic impact of the stoppage caused by the coronavirus crisis. However, to the ERTE (both suspension and reduction of working hours), the promotion of online business or the reorganization of work are added other measures that may conflict with the rights of workers. It is the example of those companies that are forcing (or urging with some insistence) their staff to take vacations these days in order to maximize their performance once the alarm state ends. A practice, according to consulted labor professionals, that is multiplying these days. But is it legal? Can the employer force workers to consume their rest days now?

Specialists in labor law are forceful: they cannot be forced. “In principle, the company cannot force any of its staff to take vacations,” explains Joaquín Carlos Casanovas, a labor lawyer at Laboral Clic. This is stated in article 38.2 of the Workers’ Statute (ET), which establishes that vacations are an employee’s right and their enjoyment must be established by mutual agreement with the company. Likewise, the lawyer warns that this practice is not legitimate either “even if the management had negotiated this special solution with the workers’ representatives.”

The only exception, he adds, are the days of compulsory rest included in the collective agreement of the company or the sector (for example, summer periods in which the company closes), “in which case it could be imposed,” says the lawyer. .

What happens if the worker refuses? In this case, Casanovas points out that, in the absence of an agreement, the law allows the case to be brought before the courts. These disputes are resolved before the social jurisdiction, which provides for a specific modality to resolve conflicts related to vacations. In this scenario, the lawyer stresses that the worker would have to prove that he actually gave his refusal (in an email, for example), “regardless of whether he later enjoyed rest days.” In this case, the judge could later return to the employee the days he spent without his free consent.

In no case could the company “threaten” the worker with sanctions in case of not taking the vacation. If he had been fired, in fact, “it could be understood that fundamental worker rights are being violated, and the dismissal would be classified as null,” the lawyer said.

Request and no obligation

The economic difficulties have led many companies to send emails to the staff asking for “an effort” from everyone, raising the possibility of employees taking vacations to avoid ERTE or layoffs. In other words, it is formulated as a request and not as a demand. This nuance is important. As Álvaro San Martín, a lawyer specialized in labor law at the Casadeley law firm, explains, this practice is a priori legitimate, since “the worker is not forced to do anything, there is no obligation to accept”.

Therefore, if the employee voluntarily agrees to consume his rest days, it would be understood that there is a common agreement, “so he could not later challenge this decision in court,” warns San Martín.

Is there a plan b for workers who don’t want to spend vacations? The answer is complicated. San Martín comments that, in case of not wanting to consume their rest days, the employee could request telework in case the company maintains its activity and remote work is feasible. For Casanovas, another option would be to take advantage of an ERTE to reduce hours if the company is small, although this would entail a proportional reduction in his salary. As the attorney explains, small staff firms have more scope to perform ERTE on a single worker.

For Casanovas, this solution is presented as the most viable. On the one hand, he explains, the company does not have to assume the full burden of salary (it only pays the salary corresponding to the new day), while the rest is covered by the Public State Employment Service (SEPE). This would be a relief in the economic burden of the company “and even if the worker’s salary decreased, it would not do so as much as in a suspension ERTE”.

Holidays are not the only armored rights. Other elements such as hours, workplace or salary can not be changed by the company these days. And, as Álvaro San Martín explains, these agents are part of the working conditions, so their modification requires prior negotiation with the unions. The same goes for restaurant tickets. As it is a salary in kind, the decision to eliminate it cannot be taken unilaterally. If they do, however, their amount must be paid in salary.