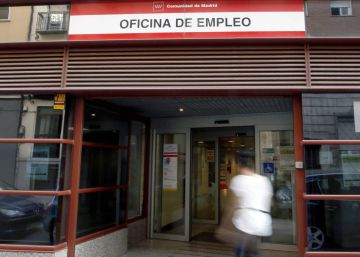 Many companies are communicating to some of their workers the dismissal caused by the consequences of the coronavirus (or Covid-19). The alleged reason is the economic impact generated by the loss of activity, translated into a drastic fall in income or, directly, in the paralysis or closure of its businesses. They are joined by temporary employees whose renovations have been suspended.

This situation has unleashed a multitude of labor doubts for the affected workers: is dismissal legal in such a situation? What steps should you take to protect yourself if you receive a cessation letter? In addition to solving the logical doubts about how to proceed, the experts also ask not to let their guard down before the irregularities that may occur in the current context. There are legal mechanisms, they warn, designed for these situations that protect both parties in the employment relationship.

Can I be fired?

Yes, dismissal is possible as a result of the coronavirus. That is, for having to close the workplace due to government measures or, simply, due to the extraordinary drop in customers. As defended by labor lawyer Fabián Valero, in these cases, the company could carry out dismissals for objective reasons (basically economic, technical, organizational or productive), “although before resorting to dismissal, less traumatic measures such as suspension could be sought of the employment contract ”.

When are there economic reasons that justify it?

The company may terminate its employees provided it proves a negative financial situation. It is a dismissal for objective reasons (as there is no breach by the worker) regulated in article 52 of the Workers Statute (ET).

In order to justify these extinctions, whether individual or collective, the law requires that there be a “negative economic situation”. For this, it is necessary to demonstrate “the existence of current or anticipated losses, or the persistent decrease in their level of ordinary income or sales”. The rule considers that the decrease is persistent, if the employer is suffering year-on-year losses for at least three quarters. Now, it is a legal presumption, explains Valero. It may be the case, he points out, that a company closes a deficit line and, even though its sales decrease, its profit increases.

What mistakes should be avoided if the dismissal letter arrives?

Experts advise to be especially alert. As a general recommendation, says Álvaro San Martín, a lawyer at the Casadeley law firm, the dismissal letter should not be signed despite the fact that there is jurisprudence that indicates that this does not prevent later verifying the veracity of the reasons alleged by the businessman in court. “It is important that the worker does not recognize (especially in writing) the facts imputed to him in the letter,” he warns.

What rights do dismissed workers have?

On the one hand, any dismissed worker, whether disciplinary or for economic reasons, is entitled to unemployment or unemployment benefit if they have the necessary contribution time to access this subsidy. In addition, if the dismissal is for an objective cause, Valero recalls, the worker is entitled to compensation of 20 days of salary per year worked, up to the limit of 12 monthly payments (as established in Article 53 of the ET).

In any case, he warns, the dismissal may be inadmissible, either because the alleged cause is not certain, because it is not sufficiently important to justify a dismissal, or because it has been carried out in breach of the established formal requirements. It would be inadmissible, for example, to terminate a temporary contract for a reason unrelated to the completion of the unaccredited work. In these cases, the worker would be entitled to higher severance pay. This is established in article 56 of the ET, which gives the employer a period of five days to choose between reinstating his employee or compensating him with 33 days of salary per year of service, with a limit of 24 monthly payments.

What steps must be taken?

One of the first recommendations made by experts is to seek legal help from a professional, such as a lawyer or social graduate. They will advise you on possible options.

The first thing that a dismissed worker must do is call the State Public Employment Service (SEPE) to make an appointment within 15 business days from the date of the dismissal, advises San Martín. Given the circumstances caused by the coronavirus, and the mobility restrictions established after the decree of the state of alarm in the country, the Ministry of Labor recommends not going to these offices in person. In order not to harm the rights of workers, it has been established that the deadlines established to request benefits will not be taken into account.

At the same time, it will have to deal with the autonomous Labor Conciliation Service “the corresponding challenge to the dismissal letter”, by submitting “a mandatory preliminary conciliation ballot.”

What other routes can be used by the company?

“The law establishes various mechanisms that allow us to respond to this situation without having to resort to a dismissal,” says Valero. On the one hand, he explains, the way of suspending the contract can be used by mutual agreement or by temporary force majeure (regulated in article 45 of the ET). The situation of serious crisis caused by the coronavirus would fit this figure, he believes. The employer has the possibility of terminating or suspending contracts through the force majeure fast track (confirmed in five days by the labor authority) due to the latest decisions made by the central government, agrees San Martín.

In addition, explains Valero, there is the possibility of making a substantial modification to the work conditions of the workforce, in accordance with article 41 of the ET. Also what is technically known as “off the collective bargaining agreement”, which allows to stop applying the provisions of them in relation to salary, hours, etc.

Finally, there is the possibility of ERTE or temporary employment regulation file. The ERE (employment regulation file), to the extent that it implies the definitive termination of the contract, “should be the last option,” says Valero. Both the ERE and the ERTE will involve negotiation with the workers’ representatives or, if they do not exist, with the commission ad hoc of workers designated for this purpose. The ideal would be to reach an agreement in the consultation period as less harmful as possible for both parties, the lawyer believes.

During these days, as reported by San Martín, queries for ERTEs and EREs in offices are multiplying, especially from the hospitality sector. The process is long, 30 days long, in which the workers’ representatives will be consulted and the labor authority will be informed. For this reason, the Government has announced that it will approve immediate measures to speed up the procedures.

What types of business actions are abusive?

Some abusive or illegal actions that could occur during this exceptional period, points out Valero, would be: forcing workers to take annual vacations during the period of business closure; not hiring workers with a fixed-discontinuous category this season; recommend to the employee to take a medical leave; take advantage of the situation to get rid of workers with other illnesses or in a situation of paternity or maternity; or unilaterally terminate the contract alleging that it is temporary.

Some companies, agrees San Martín, “can use the coronavirus safe-conduct to try to mask true reasons for dismissal that do not find accommodation in the regulations,” he says. In these cases, it will be the judge who determines if the alleged reason is in accordance with reality or, on the contrary, that dismissal must be declared inadmissible or, even, null, for supposing a violation of fundamental rights (allowing the worker to recover their job).

Can I be fired for having the coronavirus?

The cessation (still disguised) for having contracted the disease, that is, for the mere fact of being sick, may be, depending on the circumstances, null or inappropriate, since there is no objective or disciplinary reason for dismissal that supports this extinction, “he explains. Valero.

Suffering from the coronavirus is assimilable to suffering a temporary incapacity to work and, therefore, “does not empower the employer to dismiss the worker from the mere fact of having it,” confirms San Martín. Even, it is possible that it is considered null and the employer is forced to reinstate the worker. As the lawyer points out, “in some extreme cases dismissal due to illness has been considered null for violation of the fundamental right to physical integrity.” Thus, for example, the Supreme Court, in 2011, confirmed the nullity of the dismissal of a supermarket worker who was coerced during his leave to return to work (see here the text of the resolution).