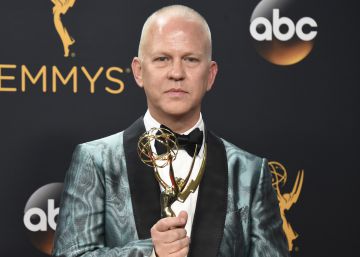 Although there is one year left for its premiere, the issue date of Impeachment: American Crime Story It is the intrigue of the month. The same series that rebuilt in 2016 the media trial of O. J. Simpson and in 2018 investigated the life of the murderer of Gianni Versace, promised in the next reopen the Lewinsky case and the subsequent impeachment to Bill Clinton in 1998. The project had been announced in January 2017; A few weeks ago more was known about him. The FX chain announced some of its protagonists (Beanie Feldestein will play Lewinsky), announced that Monica Lewinsky herself will be a producer and announced the release date: September 27, 2020. Six weeks before the presidential elections. The expected series on a impeachment a Democrat politician would be broadcast during the final leg of the campaign.

It is unusual for a chain to set so much in advance the premiere of something that has not yet begun to roll (this will happen next February). Many voices questioned what would make sense to devote hours of prime time to such a political issue during the campaign that it could knock down or normalize Donald Trump. In talks with the Association of Television Critics, John Landgraf, president of the responsible chain, FX, had to answer the various criticisms of the American left: “I strongly believe in what we are doing. From my point of view, I think it is a bit hysterical for someone to think that it will influence presidential elections. ”

In an interview with The New York Times Published last week, the creator of the series, Ryan Murphy supports Landgraf: "The idea that a series is able to change the future of our country caught me by surprise," he jokes. However, now the chain has another political event to deal with: the investigation of Donald Trump as part of his own process of impeachment: now the criticism also comes from the other side. The talk intensified and Murphy has tried to protect his series of controversies: "We have not yet committed to the date on which we are going to release," he added.

This didn't make the piece, but Ryan Murphy also discussed the controversy regarding the AMERICAN CRIME STORY: IMPEACHMENT launch date (Sept. 2020). He said he has a busy year of filming ahead and the premiere is not set in stone. pic.twitter.com/Yi3W59fuoL

The series will narrate the political trial against Clinton as a result of the testimony of former White House Fellow Monica Lewinsky, who claimed to have maintained a affair with the.
American Crime Story It is one of the great favorites of the public and critics. The first season, on the case of O. J. Simpson, won in 2016 nine of the 22 Emmy to which she was nominated. The next one, premiered in 2018 and focused on Andrew Cunanan, the Versace killer, received seven awards and 18 nominations.