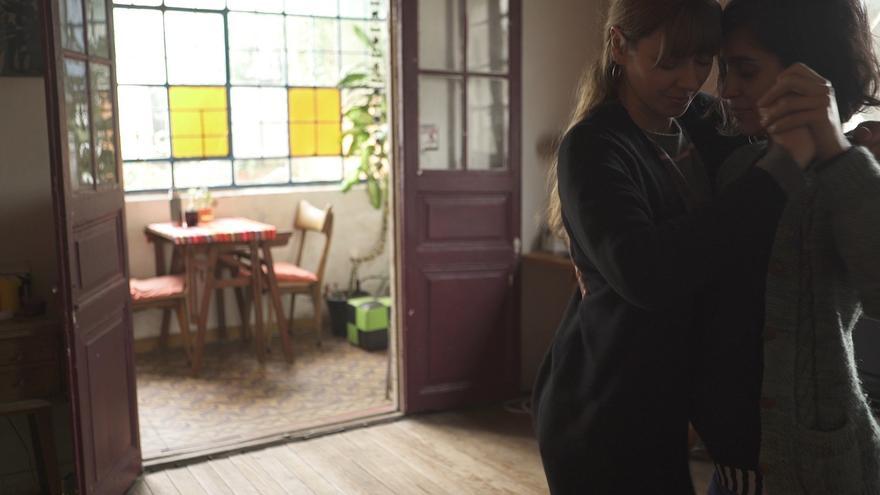 Montevideo, May 18 (EFE) .- Tango, a rhythm rooted in the culture of the River Plate since the end of the 19th century, is transformed, reborn and breaks stereotypes in “Cambalache”, a series that shows another side of this dance that today, despite over time, it is still in force in Uruguay.

With the gaze and voice of its director, Rosalía Alonso, as the common thread of the story, “Cambalache” gives “a broader view” of the current situation of tango in the country and shows how this rhythm, characteristic of older generations , is in a process of renovation with projects that seek to give it a new face.

“The world of tango is inexhaustible: from the history it has, everything that is happening here in Buenos Aires and other parts of the world, there was also an intention to transmit that, which is inexhaustible,” Alonso tells Efe.

According to the director, an amateur tango dancer since she was 17 years old, the idea with this series that premieres this Tuesday on the National Television of Uruguay (TNU) was to “portray what was happening”, the movements that were emerging linked to tango or to the street milongas.

“Cambalache” is a documentary series in which, over eight chapters, various elements of tango are narrated, such as its history, the different orchestras, lyrics, instruments and everything related to the change in the role of women.

Its name is due to the historical tango written by the Argentine Enrique Santos Discépolo and he chose it because it has “a very current poetics” due to the mixture of life with culture and constant movement.

The tango theorist Daniel Vidart (1920-2019), the bandoneonist and composer Raúl Jaurena (1941-2021), as well as young orchestras and artists who are taking their first steps, are part of the range of more than 60 interviews that can be observed .

“In the series there is a lot of archive material, there are certain landmarks where there is very little filmed material. If from that place it can be a contribution thinking about a document 20 years from now, it is also valuable”, he considers.

Live music, stories, anecdotes and learning are part of this “Cambalache”, in which stories are essential for its development.

“Contrast with the people who are doing tango who are teaching you a lot, ant work, invisible, culture is a very vulnerable place for jobs”, he emphasizes.

The impact of tango on the production team of the series was such that Alonso points out that many of them decided to go to dance classes after finishing the filming.

In addition to the traditional tango in which the couple of men and women dance, with formal clothes, shoes and heels, the series goes a little further, shows the different types of groups that exist and shows that tango and milonga also has diversity in every sense of the word.

Tango has its origins in the mid-nineteenth century on both sides of the Río de la Plata. Buenos Aires and Montevideo were the capitals of this rhythm that lasts until today and that has spread throughout the planet.

In fact, “La Cumparsita”, which turned 100 years old in 2017, is the most iconic tango, written by the Uruguayan Gerardo Matos Rodríguez and the discussion still continues about the nationality of the emblematic Carlos Gardel who, in Uruguay, they say is from his land.

What was the most popular rhythm in the country today is identified with the old generations, with the grandparents who also continue to look for excuses to take their last dance steps and leave a mark on future generations.

“It is something that is inherited, like your family. There are things that you inherit and you are going to want to change, it seems to me that this is also good to be reflected,” says Alonso.

The change of tango has arrived and the younger generations are already taking over to maintain the legacy of their predecessors and live the flame of the bandoneon rhythm.

This music associated with an era is taking new reins where women have a leading role, dance couples do not distinguish gender, sports shoes are accepted and every place can be a dance floor.

Now, “Cambalache” will try with this series -which will also be broadcast later by Montevideo TV Ciudad- to make a round trip between the old Clarín radio broadcasting Gardel and the new generations who dance a milonga in a square, to keep the culture alive and refresh tradition.