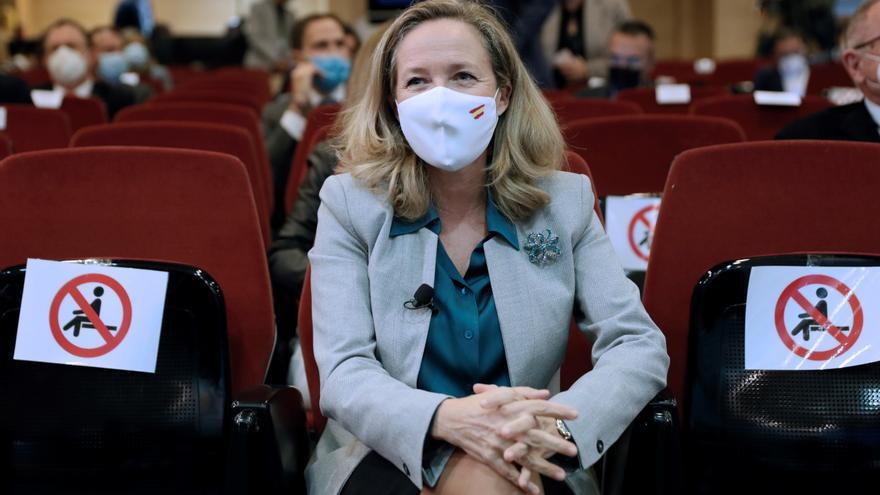 The decisive phase of the negotiation of the labor reform is entered and the work of the ministries has to be coordinated and with a single leadership. That is the thesis transmitted by the Ministry of Economy led by Nadia Calviño, after the president of the Executive, Pedro Sánchez, has assured that “the entire Government is committed to the labor reform”.

After those words, Calviño insisted that a single, coordinated opinion is necessary. “Two reflections. In the first place, there are different tables for social dialogue, which are led by the different ministries. There is a table led by the Ministry of Labor, another for Education, another for Inclusion and Social Security. And that’s the way it should be”, has assured in a press conference accompanied by the Commissioner for the Economy of the European Union, Paolo Gentiloni.

“My second reflection, the Government must speak with one voice. What matters is not that one or the other minister expresses himself at a given moment, but rather that the Government’s position is expressed, for that there must be adequate coordination, cooperation and a representation of all the ministries involved in the matters “.

A social dialogue table for the Recovery Plan that, according to the Ministry, still has no date called, although it is foreseeably imminent given the tightness of the times.

Calviño has repeated that the “labor reform involves issues of Labor, Economy, Finance, Education”, among others.

Calviño has insisted, several times, that from now on this “decisive phase” is entered to tackle the labor reform before the end of the year.

“The truth is I believe that the president has been tremendously clear, particularly here in the Ministry, in saying that the entire government, the entire government is committed to addressing the modernization of labor legislation to eradicate precariousness, boost competitiveness and restore balance. in the negotiation between employers and workers ”

Legislation, he has assured, “that has the vocation of effective and permanent application”.

“That is why we have opted for social dialogue, precisely to recover the consensus that was broken in the last decade. That is the position of the Government and here there is no room for any individual or personal consideration.”

This “government program” is the “roadmap of the Recovery Plan that we have sent to the European authorities, reforms that we are going to address between now and the end of the year, so that the transfer of European funds can continue.”

The Minister of Economy has also valued the downward forecast of growth by the Bank of Spain. “The Government’s economic forecasts have been marked by prudence, in an environment of uncertainty. It is complicated, but we have always aligned ourselves with the most prudent forecasts. We have seen upward and downward revisions over the last few months, I am sure that we will see more upward and downward revisions. ”

But he remains optimistic. “All the available indicators that we follow on a daily basis show that the recovery is underway, that it is very intense, it goes from less to more throughout 2021 and will intensify in 2022 and that it allows intense job creation.”