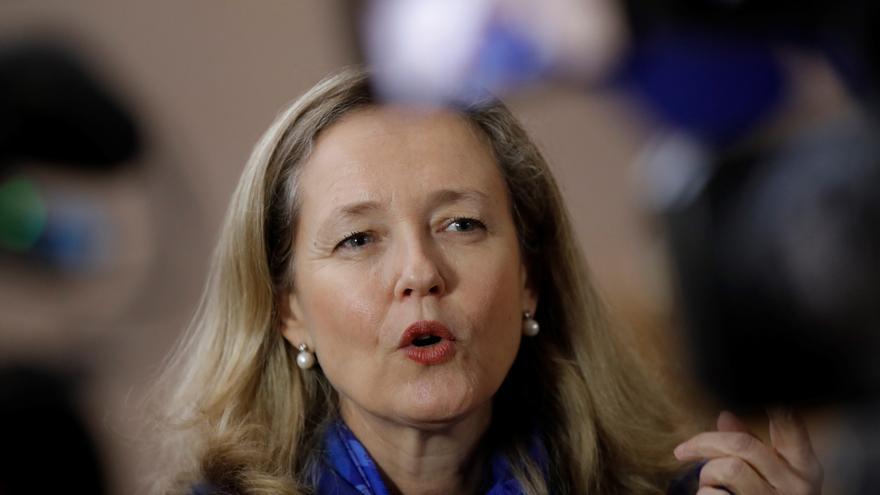 In two days the European Commission, predictably, will lower the economic forecasts of a good number of EU countries, including those of Spain. In a scenario of a pandemic that does not finish happening, of variants that appear suddenly, the rise in electricity prices and bottleneck problems in the international market, the Community Executive will follow the path of other international organizations this Thursday and will tweak the pre-summer forecasts. But the Prime Vice President and Minister of Economy, Nadia Calviño, said in Brussels this Tuesday after Ecofin: “We have adopted a prudent attitude when preparing the General State Budgets for 2021, and also for 2022, so that the Better performance of tax revenues even allows us, in a not so positive macroeconomic scenario, to meet the objective of reducing the public deficit over GDP and public debt over GDP as of 2021. And, of course, also in 2022 ” .

That is, in the event that there is a downward retouch of the Spanish forecasts this Thursday by the European Commission, Calviño affirms that it will not affect the government’s macroeconomic objectives, a common concern in Brussels, where it has already been opened the debate on the reform of fiscal rules, those that establish debt ceilings at 60% of GDP and deficit ceilings at 3%, as well as the path to achieve them, which in the previous crisis resulted in great sacrifices and cuts for the sake of austerity: “Throughout these months we are seeing a very intense process of upward and downward revision of economic forecasts, and we see, in the case of Spain, for example, that the recovery of employment, of tax revenue is anticipating the recovery of indicators such as GDP itself, and this is leading to an intense revision of the forecasts of the different organizations “.

In short, Calviño insists: “Prudence is what allows us to be in line to meet our objectives of reducing the deficit and debt over GDP in 2021, even in a macroeconomic scenario that may be more adverse.”

Regarding the proposal for the pension reform launched by the Minister of Inclusion, José Luis Escrivá, which involves increasing the Social Security contribution paid by companies and workers to form a “cushion” to guarantee income for retirement of the baby boom. Thus, Social Security has asked social agents this Monday that, instead of an increase of 0.5 percentage points as you proposed at the beginningThis additional contribution from the “intergenerational equity mechanism” reaches 0.6 points for ten years, union sources explain.

“This is a debate and an ongoing dialogue at the social dialogue tables,” said Calviño when asked about Escrivá’s proposal: “[El ministro] He has been working for a long time in a constructive environment with the social agents to try to reach an agreement. And the objective is clear, not only to guarantee decent pensions now, but in 20 and 40 years. As a responsible government, we believe that it is time to strengthen our public pension system, which is the jewel in the crown of our welfare state, and we are going to let the social agents work in that dialogue process that I hope will reach a agreement, obviously. ”

Does the music of what the minister has proposed sound good to you? “I prefer not to pronounce on proposals that are currently being debated and negotiated by the social agents,” the economic vice president replied.