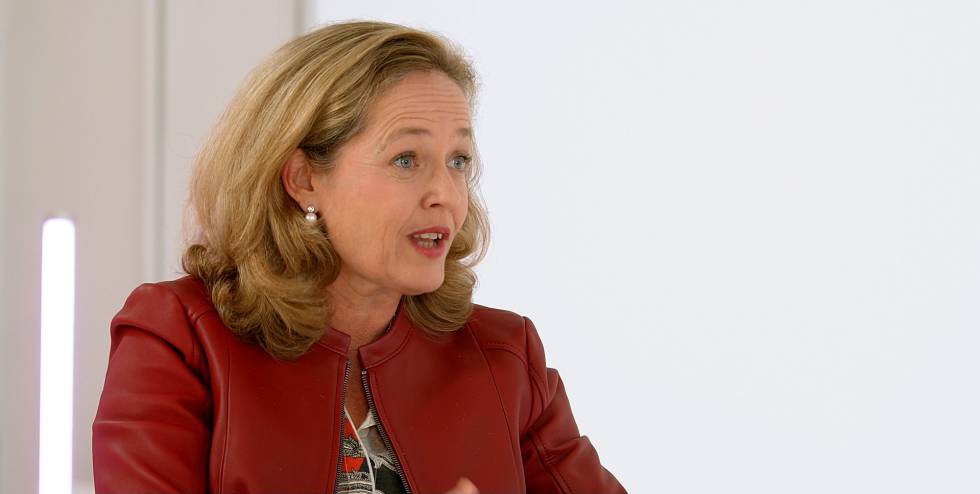 Many studies suggest that Spain has made more progress in digitization in these months than we have in years ”, points out Nadia Calviño, Minister of Economic Affairs and Digital Transformation during her speech at the Retina Reset event, promoted by Santander and Telefónica, and sponsored by Accenture, Novartis, Philip Morris, Renfe, Unir and Red Eléctrica de España. For the leader, it is good news that Spanish infrastructures have been at the height of the digital tsunami that the pandemic has brought. “We have more fiber optics than France, Germany, Italy and the United Kingdom combined,” he says. This advantage is what has been able to respond without incident to the peaks in Internet traffic that during confinement grew up to 80% and it even led the large streaming platforms to limit the quality of their video content as a preventive measure.

But Calviño also points out the pending tasks that the pandemic has revealed. The deficiencies of the educational system have been exposed, which require investment in equipment, teacher training and new learning methodologies. Digital skills and the digitization of SMEs were also pending for Spain before the pandemic took away normal life. “In these months, even those citizens who normally we would have thought would have had more difficulties have had to make their arrangements. That gives us a new perspective that nobody has to be left behind ”, reasons Calviño.

To take advantage of the full potential of this scenario, Calviño prescribes confidence in Europe and, above all, in Spain. “We have a highly developed welfare state and companies that lead innovation in strategic sectors for the future,” he insists. “We have to believe in ourselves. The pandemic will pass and when it happens we have to be able to work together to build that better future that we all want. “

For now, SMEs and local businesses have had to be digitalized by force. If they wanted to resist the crisis, there was no alternative. And they have been transformed in a few months as they would not have achieved in years. From allowing telematic payments to incorporating social networks as a sales tool. As José Cerdán, CEO of Telefónica Tech, expresses, despite the fact that the movement has been reactive, the covid has shown that Spain is a creative country, with an open mind and the capacity to adapt. “SMEs were not prepared for this change, but they have had to accelerate digitization in order not to disappear. And this idea is also valid for larger organizations, although, in their case, in different layers of services, such as remote work or the cloud ”.

The coronavirus, as Cerdán understands it, has highlighted the importance of technologies such as artificial intelligence, cloud, data analytics and cybersecurity. They have advanced by leaps and bounds in much of the business fabric. Of course, it is not worth incorporating them without a minimum planning. “We have helped companies understand what they need to know from customers. Educate them on what type of data is used for their business because you cannot ask users for indiscriminate information ”, he assures.

If the pandemic has shown anything, it is the relevance of innovation. The paradigm has completely changed. Whether for survival or altruism, as happened during confinement with the manufacture of artificial respirators when there were not enough units, it is the way to adapt to the environment that appears once the health emergency ends. “We are an innovative country. We have the capabilities, such as a fiber optic network like no other in the world and 5G connectivity, yet to come, that will improve it even more. We can be a great hub digital. Our mission is to help make that happen. Connect and understand the needs of customers and the industry ”, ditch Cerdán.

A transformation to save the planet

The pandemic has also marked a turning point in how we perceive some problems that previously occupied much more space in the social imaginary. It seems to have left issues such as the climate emergency in the background, has it really changed priorities in terms of the environment? “The pandemic is helping us to better understand how a global problem can affect us individually,” says Fátima Rojas, corporate director of sustainability and external relations at Red Eléctrica.

“We are taking important measures in the short term to face the pandemic and this learning can also help us with climate change,” explains Rojas. The mindset of citizens is changing and a change in business culture is also necessary. “We have a new vision of the species that implies that others must do well for you to do well. We see it in the use of masks, it is a fundamental change”, says Carlos Barrabés, CEO of Grupo Barrabés.

The National Integrated Energy and Climate Plan indicates that 74% of the energy consumed in 2030 must be renewable until reaching 100% in 2050. “So far this year we have reached 43%,” explains Rojas. “CO2 emissions have been reduced, not only due to the pandemic but also due to the technologies that make it possible to generate renewable energy. We must ensure that renewables are integrated and that we have smart enough grids to make a clean and sustainable system possible.”

“We began to have an enormous responsibility: not to end ourselves,” Barrabés sentenced. He refers to the use of algorithms and the advancement of automation as powerful weapons and the need to think about the responsibility they imply but also go one step further. “Technology is not enough. We cannot think of being sustainable from a technical point of view only, we must always think about the impact. This vision is key,” concludes Barrabés.

The giants that changed

Reinvention is a constant in the business world and the pandemic has not been a valid excuse to stop doing it. It has even been a stimulus for two of the largest companies in Spain, Phillip Morris (PMI) and Renfe Operations. “I have spent 25 years making the office my home and now I have had to make my home my office. All this is a transformation that I see with enthusiasm and energy ”, acknowledges Enrique Jiménez, general director of PMI Spain and Portugal, during the event Retina Reset, together with the president of Renfe, Isaías Táboas.

In the case of Phillip Morris, the transformation is not only in teleworking, but also in his star product: tobacco. Oddly enough, the world’s largest cigarette manufacturer has decided to stop selling them. “We do this because we have the duty and the possibility to attack the source of the smoking problem,” Jiménez explains. The company has invested over a decade more than $ 7 billion in new designed products to modify the combustion of tobacco and thus reduce the body’s exposure to toxic substances. “We have altered our way of operating, but thanks to the clarity of our purpose, it has been accepted both within the organization and by the consumer,” says Jiménez. And now, in a world that is increasingly concerned about the health of its individuals and spaces, that seems to be the convenient roadmap.

“In reality, all companies are making an effort to better understand the consumer,” says Táboas. Although Renfe, the main railway operator in Spain, has reinvented itself on several occasions, such as with Renfe AVE and Cercanías, with the covid-19 “the moment of digitization has come”. “We have turned the need to digitize into a challenge and there we have found the complicity of people, of workers who like to overcome challenges,” explains Táboas and points out as one of their main achievements the fact that they are now capable of monitor the number of people in the Cercanías stations to avoid crowds and comply with social distancing measures. “It is a clear example that stimulating innovation is, at the same time, supporting citizens,” he says.

Both Jiménez and Táboas agree that change is constant and that lessons can come from everywhere, from a virus to the competitors themselves. “Being a large company, we have had to learn with humility from small companies and entrepreneurships because we are in a continuous process of learning and unlearning”, highlights Jiménez. “We move 5,500 trains a day but the most important thing is the million daily passengers we transport. There is the future, in thinking more about the client than about production ”, concludes Táboas.