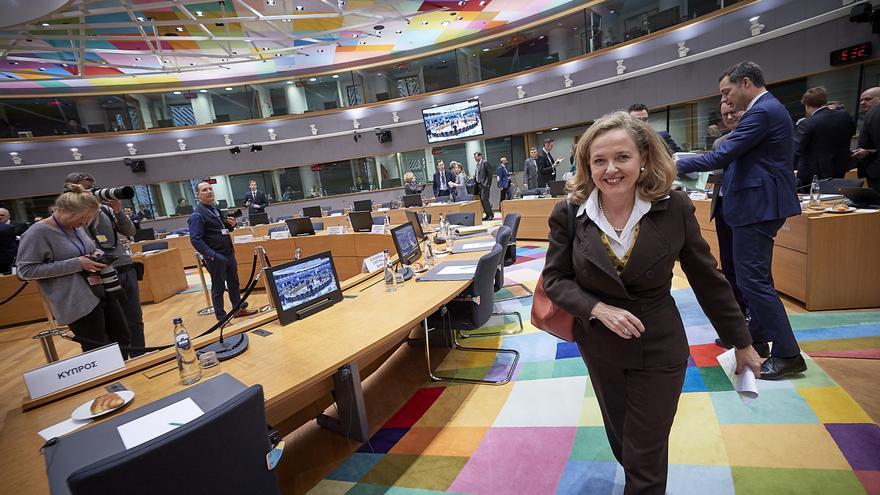 Nadia Calviño arrives at the meeting this Thursday at 3:00 pm with the support of the main European countries to preside over the Eurogroup: Germany, France and Italy - in addition to Spain, of course. The last to endorse the Spanish Vice President for Finance has been the French Finance Minister, Bruno Le Maire. Thus, the Spanish economic vice president ensures the vote of the main EU countries, but while the vote is not weighted, the yes from France counts the same as the no from Cyprus, for example. And Calviño needs at least 10 Yes it is of the 19 ministers of the room. At the moment, Calviño has seven announced votes: Spain, Italy, France, Portugal, Germany, Greece, and Finland.

"France will support the candidacy of Nadia Calviño, the Spanish Finance Minister, for the presidency of the Eurogroup," Le Maire said on Thursday during a visit to a factory in the town of Méru, in the north of the country: "He has demonstrated all his competencies during the Eurogroup meetings and in recent months. We support you because we share with Spain the same desire for a stronger integration of the euro area ".

France's support comes within a few hours of the start of the meeting, and after announcing it the other part of the Franco-German axis. "It is no secret that Nadia Calviño is a candidate who also has the support of the German government," Merkel said in an interview in late June at the Süddeutsche Zeitung and in various European media: "But the final decision must be made by the Eurogroup. I am also always pleased that women are given a political leadership position. There has not been a woman in charge of the Eurogroup yet. "

The Spanish economic vice president meets the Irish Minister of Finance, Paschal Donohoe, and the Luxembourgish, Pierre Gramegna. The support of popular Europeans to Donohoe, reaches the Irish with a good number of votes: and the fact that Ireland is part of the New Hanseatic League, reinforced their support - Austria, Cyprus and Slovenia, Slovakia and Latvia -, although two popular governments, like Germany and Greece, they had demonstrated in the previous days in favor of Calviño.

And Gramegna, meanwhile, comes as the third in disagreement, belonging to the liberal, minority family, loser two years ago against Centeno, and with the aspiration of being the overcoming synthesis of the clash between popular and social democrats.