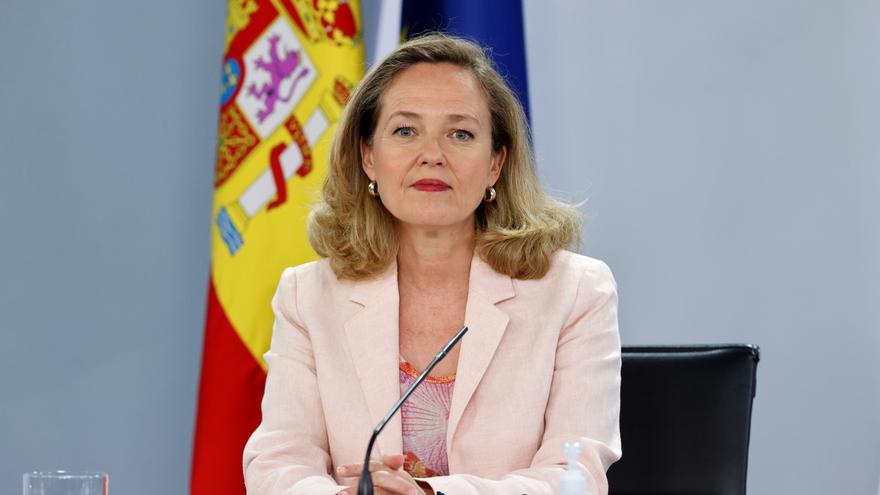 The Government advances that Spain will recover the economic situation prior to the pandemic this year. The Vice President of Economic Affairs and Digital Transformation, Nadia Calviño, explained in the press conference after the Council of Ministers that “before the end of this year the levels prior to the pandemic will have recovered”, confirming a GDP growth of 6 , 5% in 2021 that would rise to 7% in 2022. These forecasts to the macroeconomic picture that will accompany the General State Budgets (PGE) that are already being negotiated with other political formations in Congress. “There is no precedent in our recent economic history for such a rapid recovery,” he insisted.

Calviño has highlighted that the Executive’s forecasts are “prudent”, relying on the forecasts also announced this Tuesday by the OECD that place Spain as the country that will grow the most this year in the European Union with a GDP increase of 6.8% in 2021.

“There is no precedent for such a rapid recovery of growth and employment in previous crises, thanks to the monetary and fiscal policies deployed to avoid permanent damage,” reiterated the minister, who has argued the good evolution of the Spanish economy for five reasons.

In this sense, Calviño explained that the vaccination plan has been decisive, “a turning point”, which has already exceeded 75% of the vaccinated population. He has also pointed out that this rapid recovery of the Spanish economy has been influenced by the growth of consumption, which “during 2021 has been above 2019 levels, with increases of 40%”, which shows a “structural change in consumer habits. payment “that will be maintained in the future since Spanish citizens maintain a” stored savings of about 50,000 million euros “.

The good performance of the services sector has also been important, with the arrival of 40% of foreign tourists compared to the record year of 2019, although forecasts point to levels above 50% and 60% of that being reached in the coming months. anus.

And what has been a differential factor for the vice president “is the dynamism of the investment.” Calviño has ensured that while in the “previous crisis investment fell for six consecutive years, this time the investment rebound has only occurred in a subsequent year, with double-digit growth.”

Thanks to the investment, according to the first vice president “in the first quarter of 2022 the economic activity will be higher than in the same period of 2019.”

The Government’s announcement coincides with the presentation of the economic forecasts by the Bank of Spain. Although they are less optimistic than Calviño’s vision, the supervisory body has slightly raised its growth forecast for the Spanish economy to 6.3% for this year, one tenth more than in its previous June estimates, and forecasts that it will increase by 5 , 9% in 2022.

Where there is a different opinion than the Government is the moment in which the Spanish economy will recover the levels prior to the pandemic. Compared to the end of this year that Calviño has pointed out, the Bank of Spain’s research service predicts that the Spanish economy would reach the level of GDP prior to the crisis in mid-2022, advancing the previous calculations a few months. In addition, it forecasts that GDP by the end of 2023 will be above its pre-pandemic level.