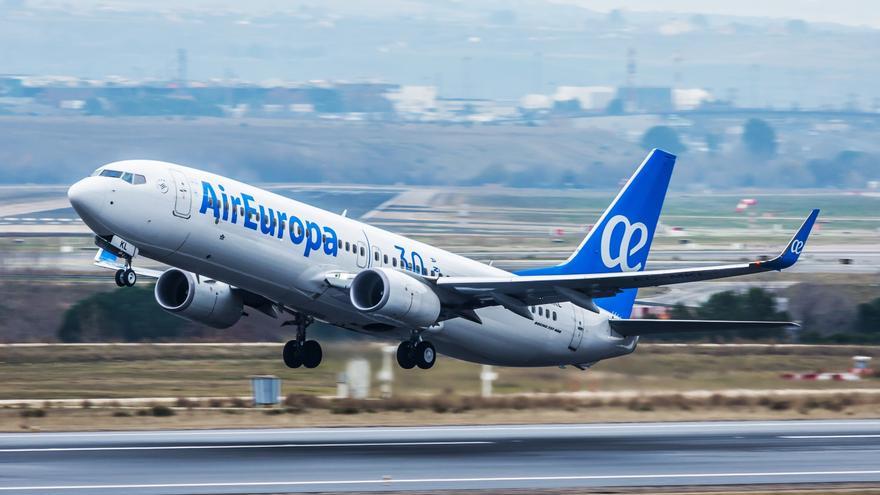 The First Vice President and Minister of Economic Affairs and Digital Transformation, Nadia Calviño, has not ruled out that the State becomes a shareholder of Air Europa after Iberia’s failed purchase of the Globalia group airline. “Right now we are exploring some options,” The minister has pointed out in this regard in an interview with the Bloomberg agency collected by Europa Press.

Last December, the Ministry of Economic Affairs and Digital Transformation stated that the Spanish Executive continues to “analyze the different options” that are open after the decision of IAG and Globalia to terminate the Air Europa purchase agreement by mutual agreement. Among the options that could be analyzed before the end of January is the possibility that the State take a minority stake in the company. In this new configuration, IAG would share ownership with the State and the Hidalgos.

Bloomberg reports in this regard that the Government is considering acquiring a direct stake in Air Europa, up to 40%, as part of a plan to rescue the airline. The airline group IAG is also likely to take a stake. Talks appear to be ongoing and there is no guarantee that an agreement will be reached. Both representatives of Air Europa and IAG have avoided making statements in this regard.

IAG and Globalia terminated the contract

IAG and Globalia announced last December the final termination of the agreement signed on November 4, 2019 and modified on January 20, 2021, according to which Iberia agreed to acquire the entire share capital of Air Europa. Iberia assured that both companies “will explore a new agreement before the end of January 2022”.

In a statement issued to the National Securities Market Commission (CNMV) both companies reported that IAG closed an agreement of intent with Globalia to evaluate “other structures that may be interesting for both companies”, offering similar benefits for their shareholders, customers and employees.

From Iberia they promised to explore “different alternatives of shareholding structures to try to articulate this operation with Air Europa”. In addition to the previously agreed penalty (‘break-fee’) of 40 million euros, IAG will pay Globalia 35 million euros. Both parties agreed that these amounts will be applied to reduce any future purchase price if a new agreement is reached and to avoid any litigation related to the acquisition.

Air Europa has received more than 600 million from the State between a bailout by the State Society for Industrial Participations (SEPI) of 475 million and a loan guaranteed by the Official Credit Institute (ICO) worth 140 million. One of the options that the Executive is considering to enter the shareholding of the airline run by the Hidalgo family would be to capitalize part of said debt.