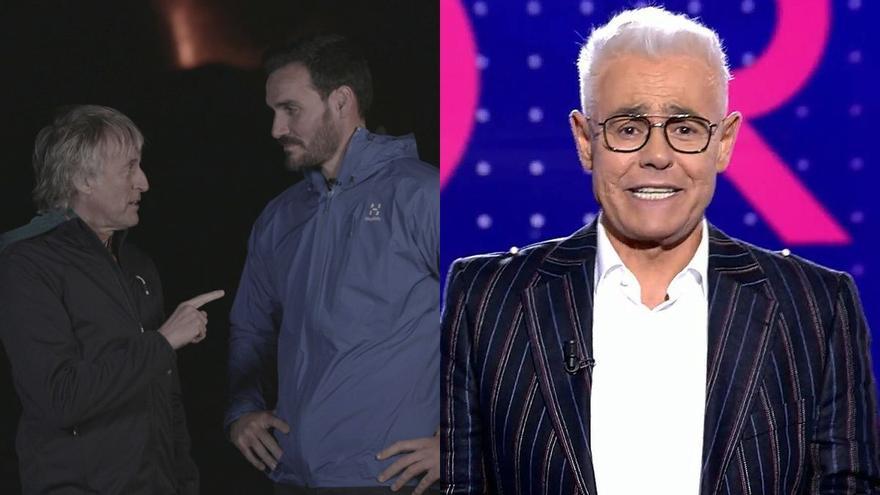 ‘Secret Story’ It runs out of space again in prime time on Sunday. One more week, Telecinco will relegate ‘The night of secrets’ to the late night strip to broadcast instead a special edition of ‘Planet Calleja’, which will begin at 10:00 p.m. on November 28.

Jesus Calleja has traveled to La Palma in company of Saul Craviotto to show the eruption of the Cumbre Vieja volcano from a scientific point of view, with the help of volcanologists David calvo and Pedro Hernandez.

The ‘Secret Story’ gala presented by Jordi Gonzalez It will start right after the ‘Planeta Calleja’ special ends, at around 11:30 pm. The space will show the atmosphere that is breathed in the house after the decisive expulsion of Adara, who last night lost the duel against Cristina Porta.

Last Sunday, Telecinco decided to replace the reality show with the special ‘The keys to the Wanninkhof case’. This move turned out well for him, as the documentary led the night with a huge 18.2% share and more than 2.5 million viewers. Later, ‘Secret Story: The Night of Secrets’ grew to a powerful 21.1% with just over 1 million.

.@JesusStreet will show us next to @Saul_Craviotto the volcano of La Palma like never before. This Sunday at 10:00 p.m., #PlanetaStreet: Special La Palma, on Telecinco pic.twitter.com/pyI99BAmuK

With two gold, two silver and one bronze medals won in four Olympic Games; three times world champion, with ten medals obtained in world championships between 2007 and 2019 and with six metals in various European Championships, Saúl Craviotto in one of the most successful Spanish athletes in history. On his adventure in La Palma, the legendary canoeist will trek to Los Nacientes de Marcos y Cordero, an impressive trail through twelve tunnels dug in the middle of a cloud forest.

In another stage of the trip, you will climb next to Calleja to the highest part of the island and from there they will go downhill on an enduro bike through forest, ravines and tracks. Later, they will learn about the problems of banana farmers in Los Llanos de Aridane, but they will show the positive side by traveling to the Teneguía volcano, which erupted 50 years ago and today has given rise to new farmland.

Calleja and Craviotto will also approach the Cumbre Vieja with the help of the volcanologists David Calvo and Pedro Hernández, with whom the presenter has already descended into the crater of the Nyiragongo volcano in the Democratic Republic of the Congo in ‘Desafío Extremo’. With them will enter the exclusion zone of the volcano erupting to see the effects of lava flows and take gas and temperature measurements on a night excursion.

In addition, they will meet in Tazacorte with Eugenio Fraile, scientist from the Spanish Institute of Oceanography, with whom they will visit by sea the lava delta that is being created as a result of the eruption.