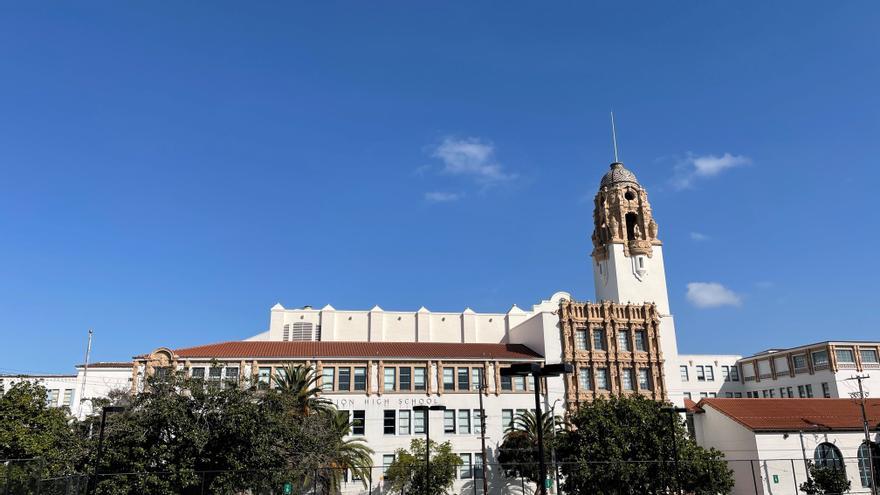 San Francisco / Los Angeles, Mar 10 (EFE) .- Throughout the 20th century, California proudly wore its Spanish past, which served as a tourist attraction. In the XXI this heritage has become the spearhead of the cultural war, materializing on the ground with the demolition of statues and the rejection of the names of the colonizers.

“Visit the famous California missions on the Camino Real,” read an advertisement for the Automobile Club of Southern California in 1915. After decades of neglect, the missions built by Spanish religious in the colonization era were seen then as a strategy of marketing to attract tourists.

Always hungry for stories and myths, the American public was fascinated by the deeds of Fray Junípero Serra and Gaspar de Portolà, while the decrepit missions were restored and embellished and the merchants of the area made the August with the waves of visitors who they arrived by road.

THE FOUNDATION MYTH BREAKS DOWN

A century later, social values ​​have changed and with them, the founding myths, so that Serra and Portolà are no longer seen as religious pious and noble explorers, but as invaders who brought death, disease and oppression to the natives who had inhabited California for centuries before the arrival of the Spanish.

“Many people idealize Junípero Serra as a missionary and saint, but let’s not forget that he was part of a movement that contributed to the genocide of hundreds of thousands of Native Americans,” says activist and student Jana Georgievski.

Georgievski cites Efe in front of the Junípero Serra elementary school in San Francisco, one of those affected by a proposal by the School Board to change its name, along with ten others also linked to the Spanish and Christian past of the state as Mission , Presidio, Sánchez, José Ortega and El Dorado.

“(Native Americans) were forced to work in missions, where they were separated from their culture, traditions and a lifestyle that they had maintained for thousands of years. That is something that we cannot forget, something that the natives Americans have not forgotten “, emphasizes the young activist.

JUNÍPERO SERRA, IN THE FOCUS OF THE DEBATE

Of all the figures of the Spanish heritage, the Mallorcan missionary and saint (1713-1784) is the one with the highest profile, since for years he was considered the founding father of California, and schools, avenues and parks throughout the state bear his name. .

Serra led the religious arm of the first expedition dedicated to the conquest of Alta California (corresponding to present-day California in the United States) and was responsible for the founding of the mission system and the first nine of them, the seed of large current cities such as San Diego, San Luis Obispo and San Francisco.

Canonized by Pope Francis in 2015, the powerful figure of the missionary continues to have defenders, such as the Archbishop of San Francisco, Salvatore Cordileone, who a few months ago carried out an exorcism to expel evil spirits from the mission of San Rafael, after protesters topple a statue of Serra.

“The problem is that we judge according to today’s criteria. At that time corporal punishment was used, yes, missionaries did it too. But Serra made many sacrifices and defended indigenous people against their Spanish compatriots,” he says in interview with Efe.

THE CLAIM OF THE MISCELLANEOUS CALIFORNIA

While the Spanish legacy in California had long been under review, the big boost came last year with rising racial tensions in the US and protests over the death of African-American George Floyd, in which Statues of Serra and other Spaniards were toppled across the state.

Over the months, these protests led to political actions such as the change of the names of the schools in San Francisco, a decision that, despite having already been approved, has been put on hold due to the great controversy it has unleashed.

“It is important that students go to schools of which they feel proud and of which they know the history,” says the founder of the International Society of Black Latinos, Juanita Palacios-Sims, who attends Efe from her home. in Los Angeles.

“California is progressive. In Los Angeles, for example, we have Coreatown; LA-east, mostly Mexican; LA-south, mostly black and Latino; Chinatown … The diversity of all these neighborhoods is what makes Los Angeles a beautiful and wonderful city “, concludes the Californian activist.