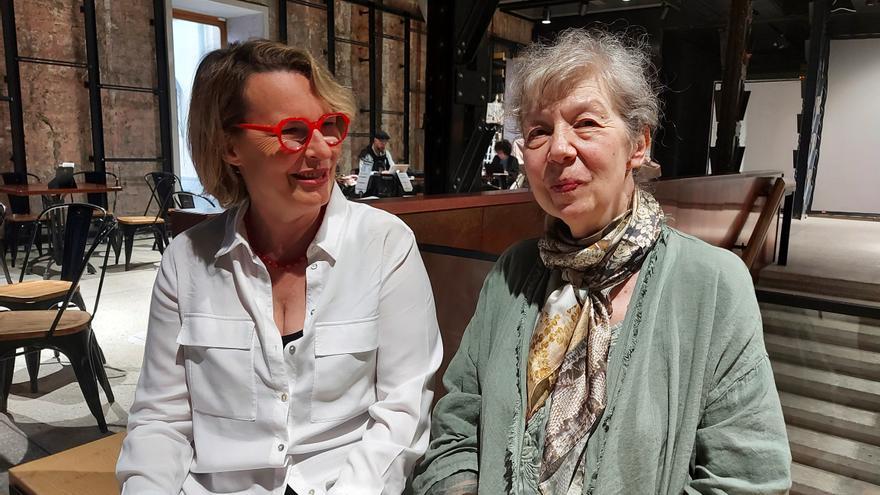 Moscow, May 16 (EFE) .- With the staging of “Life is a dream” by Elektroteatr Stanislavski of Moscow, the Spanish baroque classic Pedro Calderón de la Barca will experience the miracle of dreaming in Russian thanks to the shared wishes of the director Spanish Natalia Menéndez and the Russian translator and poet Natalia Vanjanen.

“If there has been a work that I have dreamed of since I began to study stage direction or interpretation, that has been ‘Life is a dream,'” Menendez, who traveled to the Russian capital for the staging, told Efe.

A GAME AND A POSSIBILITY

Elektroteatr Stanislavski, founded in 1935 by the renowned Russian playwright, invited him to direct a play of his choice in Moscow and the Spanish director, playwright and actress, currently in charge of the Teatro Español and Las Naves de Matadero in Madrid, proposed this piece, that he wanted to face since he was “twenty years old.”

“This is for me, above all, how to play and how to have the possibility,” he says, confessing this passion shared by Vanjanen, who all his life also dreamed of translating it.

“Since when I was a student, I thought, ‘I will translate it’, but every time I opened the book and read the Hippogriff, I froze and couldn’t continue,” the Russian poet and translator told EFE, referring to to the first stanza of the work, which he describes as “very hermetic”.

However, he finally managed to overcome and fully undertake this ambitious project, which after the end of its translation, was presented this Friday in a dramatized reading to the public by the cast of the Moscow theater group.

THE POSSIBILITY OF COMMUNICATING

The reading, in which the actors selected by Natalia Menéndez participated, marked the official beginning of the editing process towards the premiere, scheduled for next October, and which is already imposed on the language and cultural barriers to delve into the very essence of the film. Calderón’s work.

“I think that when you want to communicate, you communicate, and I think the cast of actors in this theater is impressive, for its quality, for its generosity,” explains the director and smiles: “we are all eager to dream, to treat each other well , and for me it is being an adventure “.

Because although he admits that the cultures of Russia and Spain are different, the important thing is “to agree and look for the most interesting in each scene and in the whole montage”.

CLOSE TO CALDERÓN AND RUSSIA

In this process, he emphasizes, a very important role corresponds to the new text in Russian, the result of the work of Vanjanen, who “has made more an adaptation than a translation” in order to bring the piece closer to Russian culture, and also transmit the intense poetry of the great Spanish Baroque.

“Calderón was a great poet”, defends the translator in turn, “his works are full of a very complex poetry, with octaves, limericks, romances, and it is necessary to take advantage of all that, because in Russian this type of stanzas can be transmitted , those kinds of rhymes, and their incredible images. ”

But unfortunately there was no good translation of the piece, he argues, questioning that even the most recognized, by the Russian poet Konstantín Balmont (1867-1942), which was a success and was staged even by Vsévolod Meyerhold, “was totally lacking “from Calderón’s poetry.

THE TODAY OF THE CLASSICS

Added to the challenges and charms of facing a work such as “Life is a dream,” Menéndez adds, the intense harmony of the text with the present, since it is a call to “not use fear as a weapon of power, but rather to use fear as a weapon of power. seek dialogue “, in addition to addressing eternal issues such as love, education, the fight against dogmas and determinisms.

“As long as the wheel exists, we are going to continue betting on the classics. A wheel is something classic. And if it turns, why shouldn’t a play turn? For me it’s the same, there are works that exceed the times, because they say all the time, “he concluded.