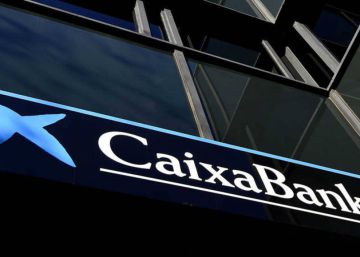 Caixabank has presented its accounts for the first quarter, a period distorted by the merger with Bankia, on the one hand, and by the provisions for Covid that the entity recorded in the same period last year. The entity has announced an attributable result of 4,786 million euros until March, after incorporating extraordinary impacts associated with the merger with Bankia.

Without taking these extraordinary aspects into account (negative consolidation difference of 4,300 million and extraordinary expenses of 28 million, net) the result would be 514 million euros. The result for the same quarter of 2020 was 90 million euros, impacted by provisions made to anticipate future impacts associated with Covid-19.

Bloomberg analysts expected a net result of 7.18 billion. The entity explains that CaixaBank’s income statement in the first quarter does not include the results generated by Bankia’s activity, since the operation was closed at the end of March, so the merger “has not had any impact on the various lines of activity “.

Caixabank explains that the negative goodwill of 4,300 million is the result of discounting from Bankia’s equity (13,088 million euros) the acquisition price paid by CaixaBank (5,314 million euros) and a series of accounting adjustments when putting at fair value different assets and liabilities (3,474 million euros).

Of the 514 million euros of profit, 444 million correspond to banking and insurance activities and 58 million come from the Portuguese entity BPI.

The CEO of CaixaBank, Gonzalo Gortázar, explained that with the merger with Bankia, the entity reaches “market shares of around 25% and the best solvency, liquidity and credit quality ratios among the large banks in Spain”. He considers that the profit figure already represents a “clear progress towards normality”.

Regarding banking activity (which does not include the Bankia business), the interest margin fell to 1,191 million, 0.7% less, in line with the 1,200 million that Bloomberg anticipated. The fall in net interest income, in an environment of negative interest rates, is offset by the growth in commissions (up 0.2%), the results associated with bancassurance investees (increase of 39.2%) impacted in 2020 due to the pandemic and income and expenses from insurance contracts (9.3% increase).

The gross margin stood at 2,063 million euros, 4% more, thanks to the improvement in the results of financial operations, which reached 42 million euros.

On the balance sheet, the group’s total assets stood at 663,569 million euros as of March 31, 2021, representing an increase of 47% in the merger quarter. Excluding the balances contributed by Bankia as a result of the business combination, the variation in the quarter is would be 1.8%.

Regarding solvency, the Common Equity Tier 1 (CET1) capital ratio stands at 14.1%, with an organic increase in the quarter of 30 basis points. Default stands at 3.6%.